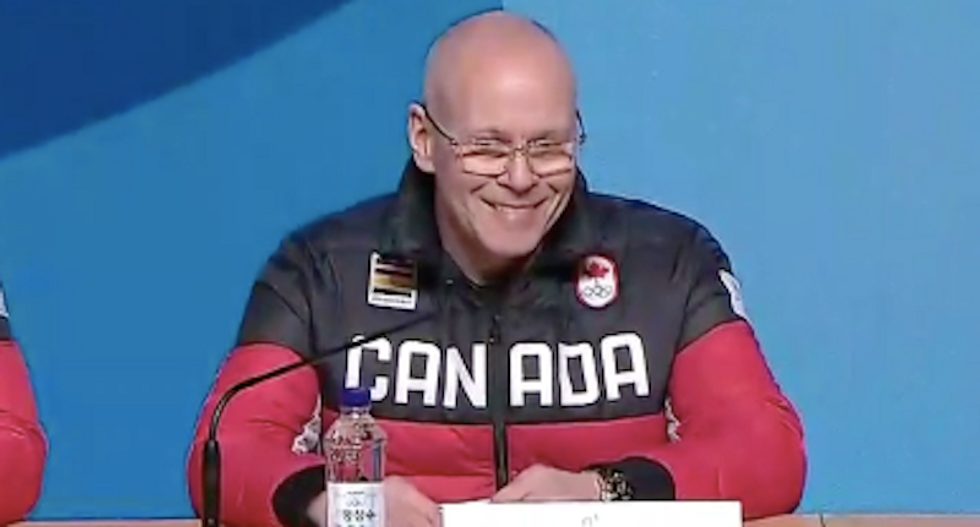 A Russian coach was involved in some type of incident this week with the Canadian delegation at the 2018 Winter Olympics.

It's not clear exactly what happened, but CBC News reported an "exchange" took place in the cafeteria of the Olympic village between a Canadian athlete and the Russian coach, according to Business Insider.

Russia doesn't have a formal team due to a doping scandal, but 169 of its athletes were cleared to compete under a neutral flag as "Olympic athletes."

The Russians told CBC that one of their coaches was the victim of "negative treatment."

The Canadian Olympic Committee sent an apology to other national organizing committees, but even its executive director of sport isn't sure what happened.

"This morning we had an opportunity to have a discussion between the two organizations and everything is OK," said the Canadian official, Eric Myles. "We said, 'Hey, if something happened, we're sorry.'"

"When we heard about this situation — honestly it's not clear — I don't know if it was a coach, athlete, was it really a Canadian?" he added.