Carter Page flames out in ABC interview: Handing documents to Russian spies 'sounds a lot worse' than it was 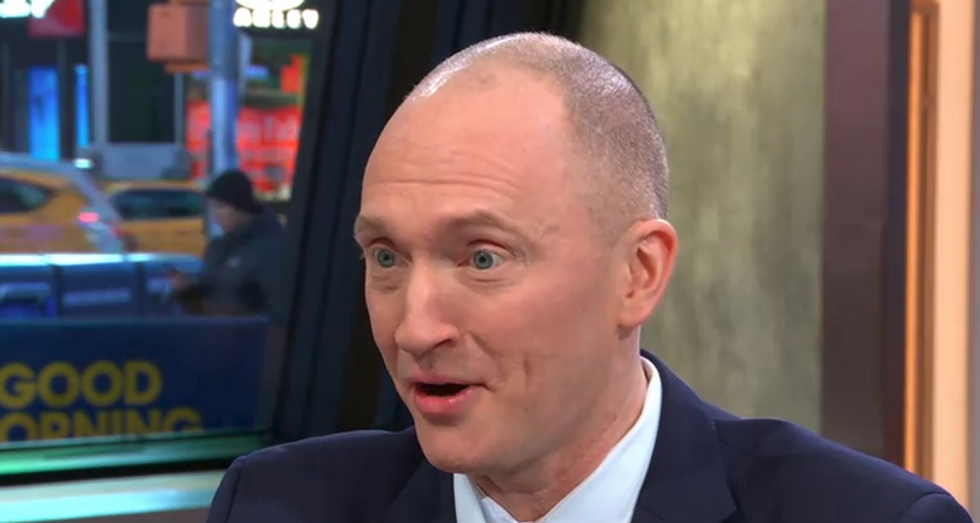 Former Trump campaign adviser Carter Page on Tuesday did an interview with ABC's George Stephanopoulos in which he admitted to handing documents to a Russian spy -- but defended himself by saying it wasn't as bad as it looks.

During the interview, Stephanopoulos pointed out to Page that he gave documents to a Russian agent whom the FBI had charged with espionage. Page, however, insisted that it was a completely innocent transaction.

"I was teaching a course... at NYU, and I told him a couple of things about what I was talking about in my course, and I gave him a couple of notes, uh, documents that I gave my students," he said. "So in terms of, when you say, 'Giving documents to a quote-unquote spy'... it sounds a lot worse than reality, but that's reality."

Stephanopoulos then asked Page about the fact that he boasted in 2013 that he was an informal adviser to staff at the Kremlin.

"That does lead people to believe -- is this guy working with Russia?" Stephanopoulos pointed out.

"There was a lot of people advising," Page replied. "We were an informal group. We met in Geneva, Paris, New York... the first meeting was in the New York Stock Exchange, the heart of capitalism!"