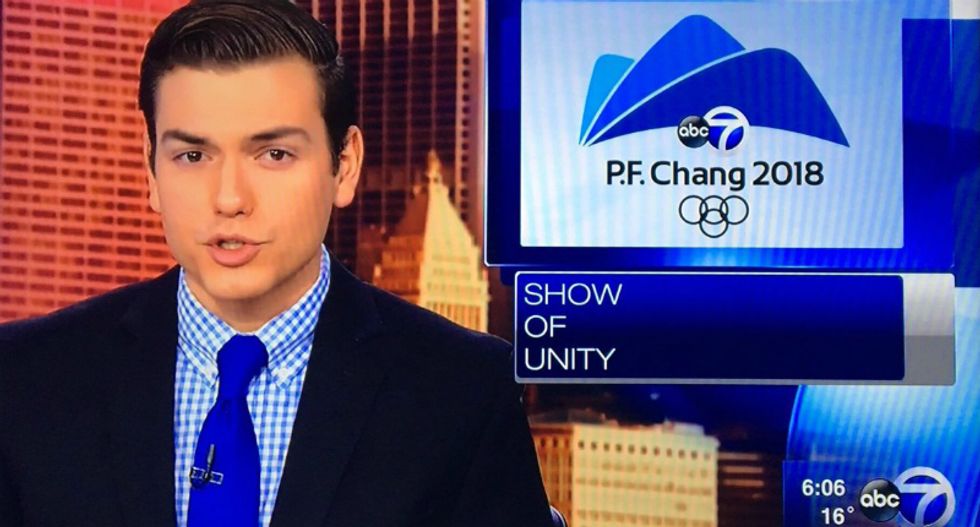 Over the weekend, Chicago-area news watchers noticed something odd about a segment on the 2018 Winter Olympics hosted in Pyeongchang, South Korea. A graphic associated with the report read "P.F. Chang 2018," appearing to reference the pan-Asian restaurant chain.

The network said the graphic was created for a "satirical" sports broadcast aired Friday, and then accidentally ended up on the Saturday morning story aired by anchor Mark Rivera.

Spokesperson Jayme Nicholas also apologized on behalf of the network — but not before P.F. Chang's itself got in on the action, tweeting on Sunday that they weren't, in fact, hosting the Olympics this year.