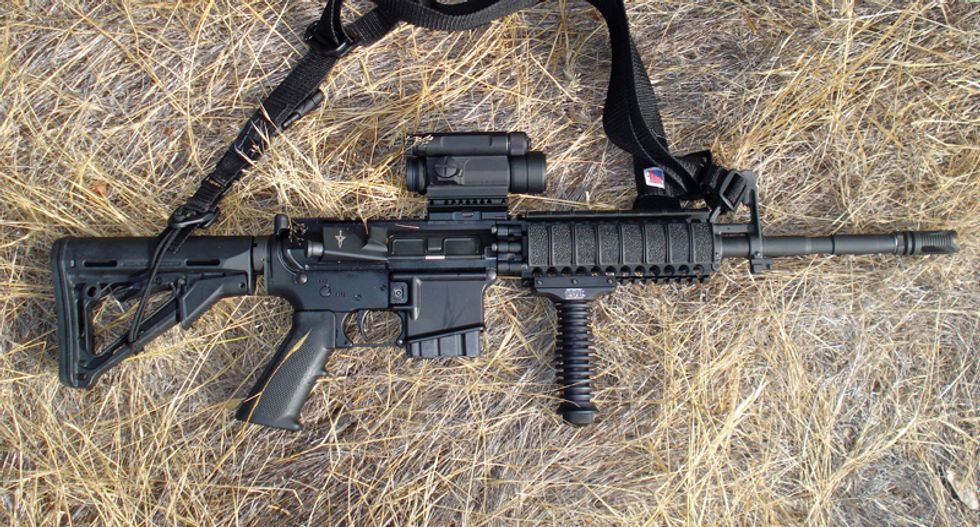 Parishioners in Pennsylvania are planning to attend church services armed with AR-15 rifles so that they can be blessed, WNEP reported.

Sanctuary Church and Rod of Iron Ministries is an offshoot of the Unification Church, founded by the late Sun Myung Moon. It is led by his son, the Rev. Sean Moon.

"And he shall rule them with a rod of iron; as the vessels of a potter shall they be broken to shivers: even as I received of my Father," the King James translation reads. Other translations refer to an "iron scepter" instead of "rod of iron."

The AR-15 blessing ceremony will occur in Dreher Township in Northeast Pennsylvania. The Moon family moved their Kahr Firearms factory to nearby Blooming Grove in 2015.

The Rev. Sean Moon attended the Kahr Firearms grand opening, which is run by his brother, Justin Moon.

"We are so inspired to be in this land, so different from other states in which we've been," said Reverend Sean Moon, Sanctuary Church.

"We had to look for more gun-friendly state in northeast. Pennsylvania as a large state is most gun-friendly northeastern state," Justin Moon explained.

"It's the minority that keeps on saying we have an issue, issue is decided," Justin Moon argued, adding "we love freedom, we love our guns, we're not going to give them up."

Watch parents of students at nearby Wallenpaupack South Elementary School worry about the AR-15 "blessing" event: