CNN host doubts Trump's heroic claim: 'Would bone spurs have prevented him from running into the school?' 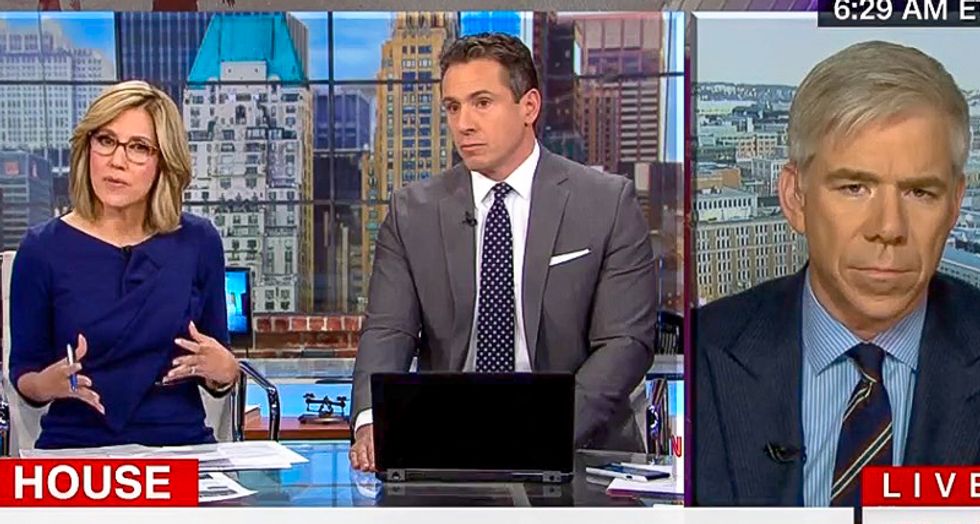 CNN's Alisyn Camerota on Tuesday pushed back against President Donald Trump's claim that he would have personally stopped the recent school shooting in Parkland, Florida.

At a meeting with governors on Monday, Trump lashed out at deputies who reportedly stood outside of Marjory Stoneman Douglas High School while a gunman killed 17 students and educators.

“I really believe I’d run in there even if I didn’t have a weapon,” Trump said.

On Tuesday, Camerota suggested that "bone spurs" may have prevented Trump from saving the children at Douglas High School because the condition had also stopped him from serving in the military during the Vietnam War.

"The president was talking about how he would have been able to run into the building even without a weapon to try to save people," the CNN host told political analyst David Gregory. "Do you think that his bone spurs would have prevented him from running into the building?"

"It's just so not helpful," Gregory said of Trump's remarks. "The president can -- instead of talking about reopening mental institutions -- can lead us into a very tough conversation... what are the costs of lowering the threshold of access to weapons for people who may not be of sound state of mind?"

"Just like in the debate and efforts to protect us from terrorism," he continued. "Why can't we join these two conversations instead of turning off our minds when it comes to guns?"