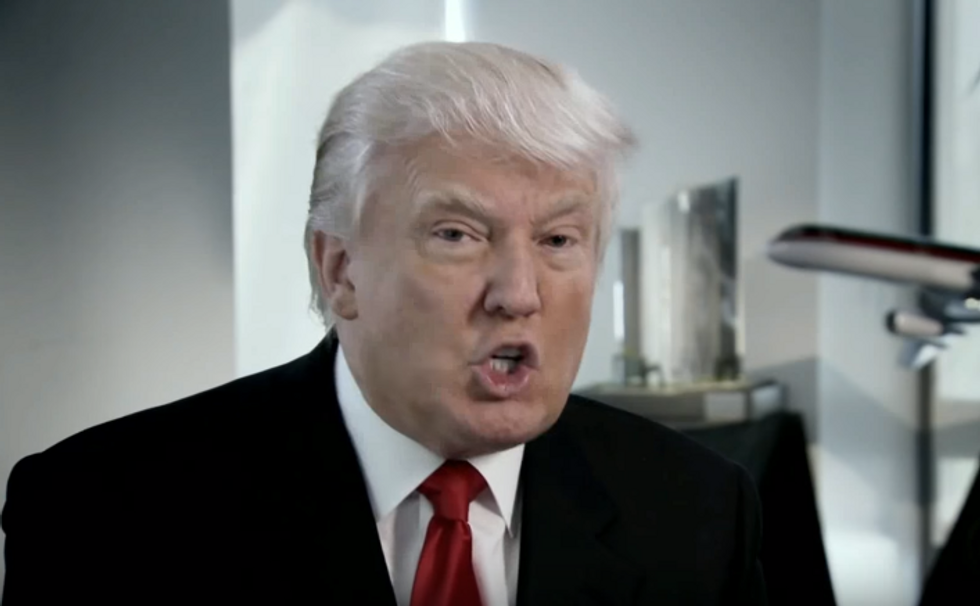 President Donald Trump, who infamously avoiding serving in the Vietnam War by citing "bone spurs" in his medical examination, said on Monday that he would have personally intervened to stop Parkland shooter Nikolas Cruz.

"I really believe I'd run in there even if I didn't have a weapon," Trump said during a meeting with the nation's governors, according to Associated Press reporter Zeke Miller.

Trump's remark came as part of a broader criticism leveled at Florida deputies who did not act to stop Cruz while he was murdering 17 people at the Marjory Stoneman Douglas High School. He said Monday that the deputies "weren’t exactly Medal of Honor winners."

Trump last week trashed the deputy sheriff who was present at the high school but who did not enter to try to stop the shooter by saying he did "a very poor job."

Pres. Trump talking about police response to Florida school shooting: "I really believe I'd run in there even if I didn't have a weapon." https://t.co/n7TqA3VDnW pic.twitter.com/U0VYekRGeF