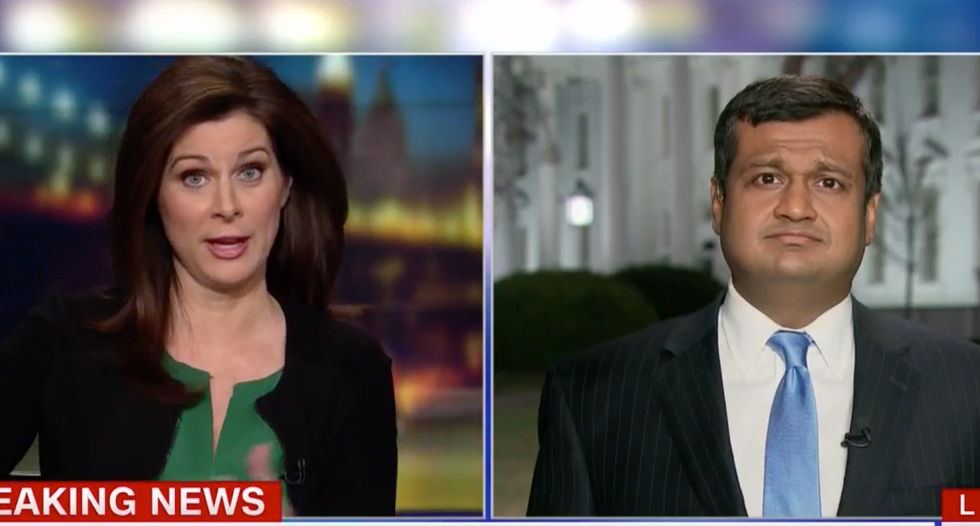 “Were you shocked by this, Raj?” Burnett asked of reports Kushner no longer has “top secret” security clearance in the White House.

Shah replied the White House has “been saying the same thing about this matter and related matters for a number of months now. We do not comment on security clearances.

Burnett noted Kushner is at the “center” of Trump’s administration and is “one of the top people at the White House.” She added he’s “tasked with peace in the Middle East” and is “one of the few people who actually reads” the Presidential Daily Brief.

“He can’t do his job without the security clearance,” Burnett argued.

Shah relied on John Kelly’s defense of Kushner, wherein the White House chief of staff declared Trump’s son-in-law will be able to “continue in his role” despite the downgraded clearance.

“How can you do Middle East peace if you don’t have top secret security clearance?” Burnett pressed.

Shah chastised the CNN host for “making assumptions” about Kushner.

“Does this concern you?” Burnett asked.

Shah said he’s “certainly not going to address” the Post report of similar “leaks” from the White House.

“I understand you’re upset about the leak, but what about the substance?” Burnett asked.

Watch the full interview below, via CNN: