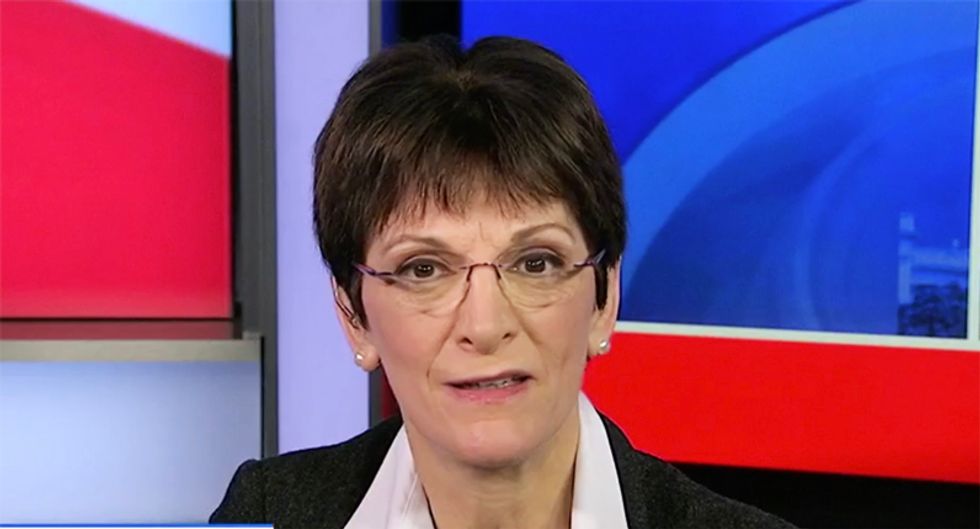 Appearing MSNBC with host Aaron Gilcrest on Sunday afternoon, conservative columnist Mona Charen took more than a few shots at the attendees at the annual CPAC conference for booing her when she lectured conservatives about defending former Judge Roy Moore and President Donald Trump who have been accused of assaulting women.

Saturday afternoon Charen took part in a panel discussion where she was jeered for not toeing the conservative line.

“I’m disappointed in people on our side for being hypocrites about sexual harassers and abusers of women who are in our party, who are sitting in the White House, who brag about their extramarital affairs, who brag about mistreating women,” Charen speaking about President Trump, told the CPAC audience as they booed her.

On MSNBC, Charen described her appearance, saying she had no problem with people who disapproved of her comments, but lamented the direction conservatism has gone under Trump.

"This drift that had begun before Trump, and has been rapidly accelerated since Trump is one where we are now -- we traditional conservatives now find ourselves in the strange position of having to defend not this or that public policy so much as elemental decency, acting like a grown-up, and just adhering to civility," Charen explained.

"Do you think your words reached anyone, resonated with anyone?" host Gilcrest asked.

"I hope so. I believe so," she replied. "I've gotten tremendous response since then on social media and it seems to have struck a nerve. I've been so frustrated over the last two years watching so many leaders of the conservative movement and leaders of the Republican Party sort of fold to Trumpism. I'm just waiting to see if anybody will stand up and tell the simple truth that this is somebody who is not deserving of our admiration, that he should be criticized, that he should not be treated as some sort of moral leader."