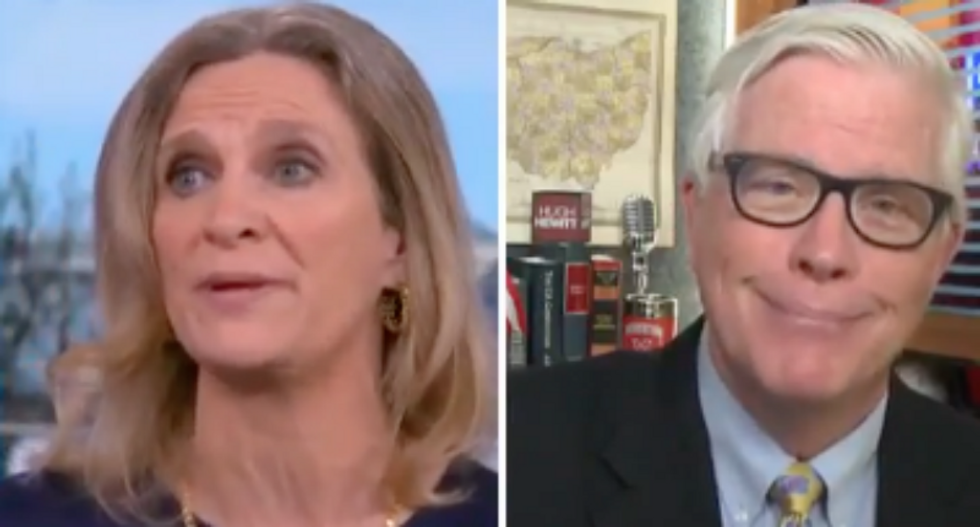 According to conservative radio host Hugh Hewitt, the more than week-long scandal surrounding an alleged domestic abuser being granted interim security clearance in spite of the allegations being known to the White House is little more than typical Washingtonian drama.

When asked if the public can trust anything that comes from the White House press podium given how many times their story has changed regarding the timeline of disgraced ex-staffer Rob Porter's allegations, Hewitt equivocated.

"Press secretaries are always the last to know some things," he said.

Hewitt argued that during his time in the Reagan White House counsel's office, "more knives thrown in that West Wing than in a carnival show when someone's on a spinning wheel."

"There's a reason there's a drama known as The West Wing," he said, referencing the popular 1990's television show. "There's always drama in the West Wing."

"Is it always like this?" host Peter Alexander mused.

"You always have periods of drama and periods of calm," he said, noting that the Iran-Contra scandal took place in his time in the White House and "that was pretty damn bad too."

"I just can't agree with that," Elizabeth Gore, a special assistant to President Clinton, argued.