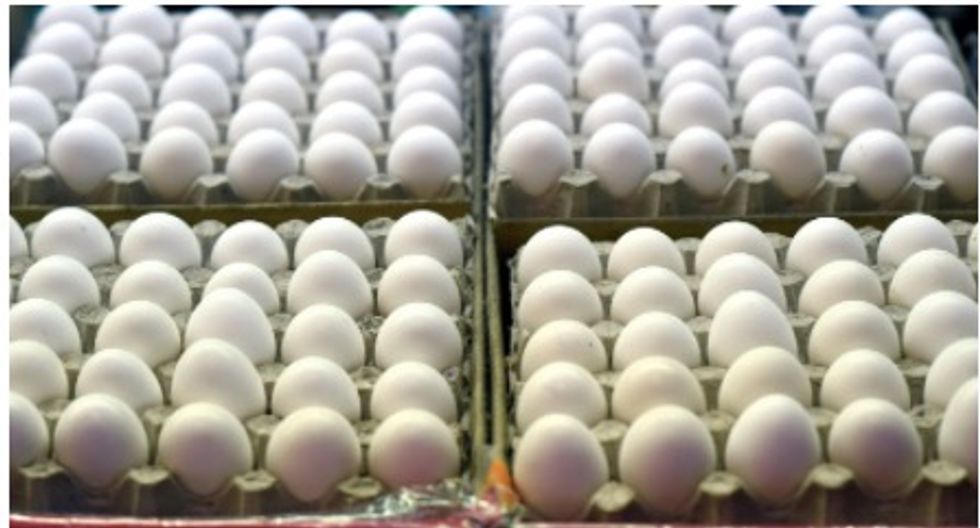 A Japanese scientist said Thursday his team has cracked open a method to improve the production of carbon-free energy -- by using proteins taken from egg white.

Yusuke Yamada, a professor at Osaka City University, said his team has managed to use protein from egg white as a "tool" for producing hydrogen, a powerful source of clean electricity.

The new method "brings us closer to our ultimate goal of producing hydrogen from water," Yamada told AFP.

"This lays the groundwork for the clean production of hydrogen in the future," added the scientist.

When it reacts with oxygen, hydrogen produces electricity, releasing only water and heat in the process.

But hydrogen is currently mass-produced using natural gas or fossil fuels, which themselves result in harmful emissions.

It can be produced in labs without fossil fuels and scientists have traditionally done this by creating a special interaction of the molecules in liquid, explained Yamada.

But free-moving and randomly located molecules and particles in the fluid can interfere with the process of producing hydrogen and scientists have long searched for a way to immobilise them.

Yamada's team used a protein found in egg to build crystals with lots of tiny holes to trap these particles.

The change brought a sense of traffic control to the molecular interactions and improved the efficiency of clean, hydrogen production, Yamada said.

"If you use hydrogen as an energy source, it only releases water in the environment. It is extremely environmentally friendly," he told AFP.

"We found protein was a useful tool" to generate hydrogen in a lab without using a fossil fuel, the professor said.

The world's leading companies see hydrogen as the ultimate clean energy to power everything from cars to office buildings in the future, and ditch fossil fuels that cause global warming.

Yamada's method was published in the February edition of the scientific journal "Applied Catalysis B".