'The Death Belt': Paul Krugman explains how red states' hatred of regulation is killing their own citizens 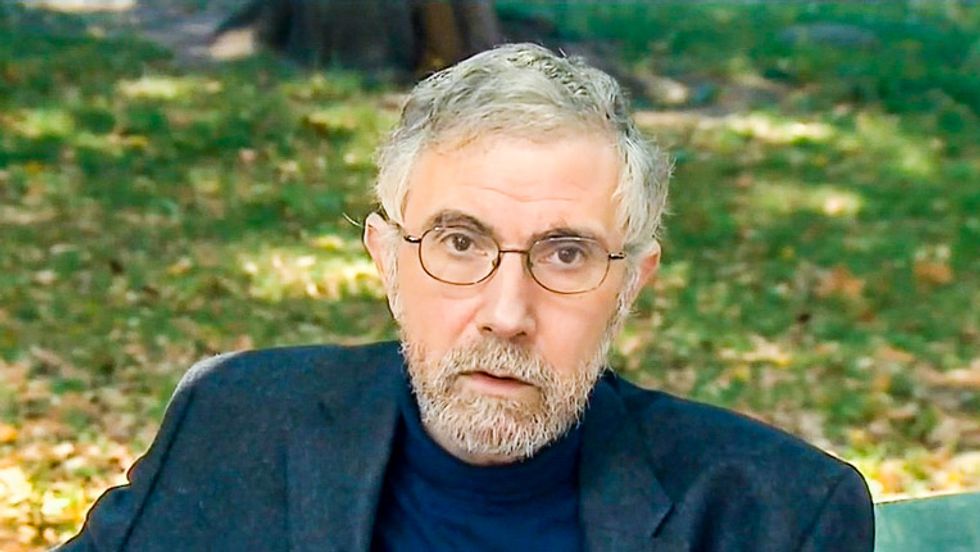 Nobel Prize-winning economist and New York Times columnist Paul Krugman is connecting the dots on how conservative politicians' hatred of regulation isn't just failing their constituents on guns, but on a whole host of public safety issues.

In his Friday column, Krugman notes that red states' disdain for regulating guns also extended to areas such as car safety.

"There’s a lot of variation in car safety among states within the U.S., just as there’s a lot of variation in gun violence," Krugman writes. "America has a 'car death belt' in the Deep South and the Great Plains; it corresponds quite closely to the firearms death belt defined by age-adjusted gun death rates. It also corresponds pretty closely to the Trump vote — and also to the states that have refused to expand Medicaid, gratuitously denying health care to millions of their citizens."

Krugman said that this aversion to regulation isn't just about kowtowing to corporate donors -- rather, it's about a disdain for the notion that any societal problem requires any kind of government action.

"What I’d argue is that our lethal inaction on guns, but also on cars, reflects the same spirit that’s causing us to neglect infrastructure and privatize prisons, the spirit that wants to dismantle public education and turn Medicare into a voucher system rather than a guarantee of essential care," he writes. "For whatever reason, there’s a faction in our country that sees public action for the public good, no matter how justified, as part of a conspiracy to destroy our freedom."

The endgame of this, argues Krugman, is "a society in which individuals can’t count on the community to provide them with even the most basic guarantees of security — security from crazed gunmen, security from drunken drivers, security from exorbitant medical bills."