Don Lemon lambasts Trump for comparing students 'being under fire' to 'to missing a putt': 'Are you taking their lives seriously?' 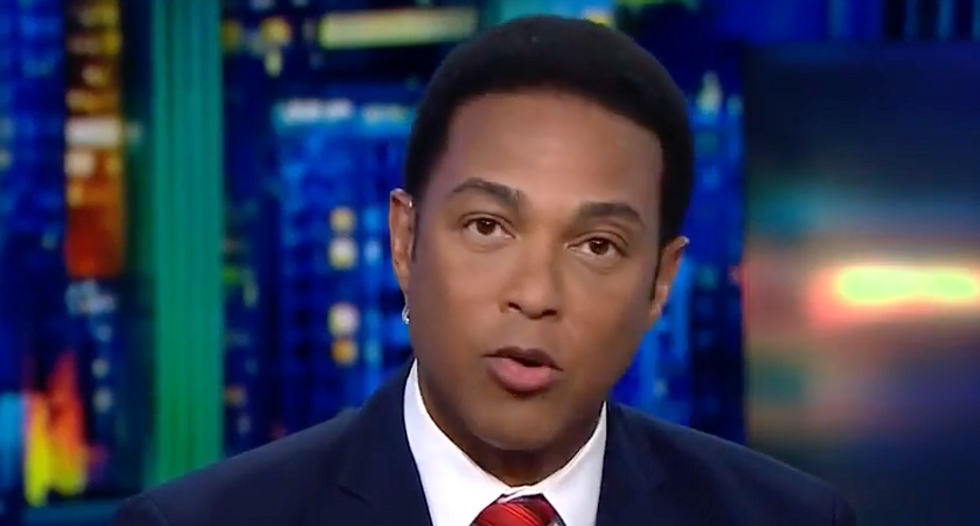 During a speech to the U.S. governors Monday, President Donald Trump bragged that he would have run into the building to subdue the shooter who attacked Marjory Stoneman Douglas High School. CNN host Don Lemon was audibly horrified.

To "bring your club back" is to line up the shot for the swing prior to striking the ball.

“I really believe I’d run in there even if I didn’t have a weapon,” Trump went on to say.

The CNN host was shocked Trump would have the gall to pose as a brave person when he couldn't even face war when drafted.

"Listen, there is a long list of missed red flags and missed opportunities to stop the massacre at Stoneman Douglas," Lemon conceded. "A lot of people have to answer for what they did or did not. But saying some deputies were not exactly medal of honor winners is probably not the best comparison for the president to make, given his well-known draft deferment during the Vietnam War for bone spurs on his heels."

Lemon shamed Trump for being so glib about the lives of the students to compare it to golfing.

"Some people can't take their club back?" he said shocked. "What is the president of the United States doing comparing the pressure of being under fire in a school shooting to missing a putt? Are you serious, Mr. President? Are you taking the lives of those students and teachers seriously? Yes, seriously? We've heard what you say but so far it's all just talk."

Lemon went on to ask what he would actually do to help the students now or protect other students in the future.

"The question is what will you actually do about guns?" he continued. "Because this is the moment when Americans want you to actually do something instead of saying a bunch of things, throwing it out there to see what the response might be, then pulling it back and not actually talking about it again because the NRA or some group on your side or a bunch of Republicans or your base, don't like it? They actually want you to do something this time."