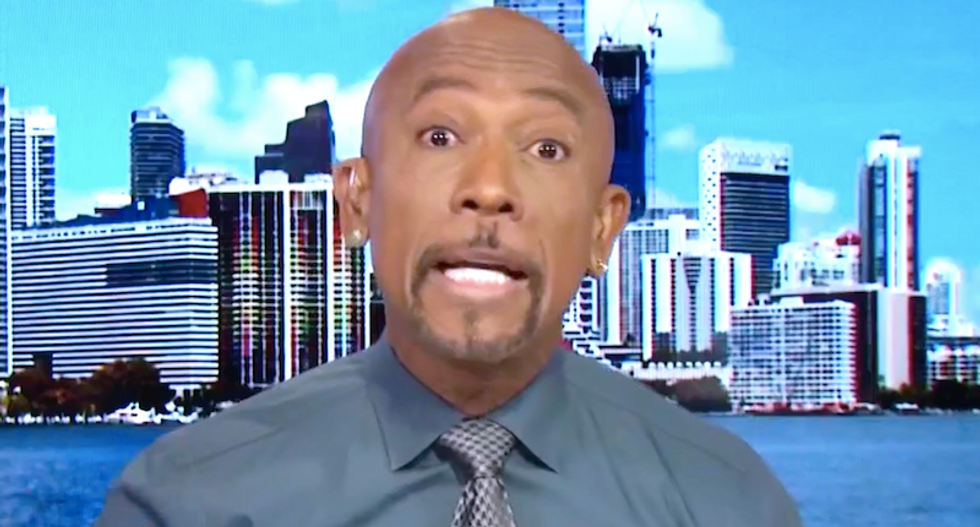 Montel Williams has gotten to know many children who have survived school shootings, and he said they're begging for an end to the slaughter.

The former talk show host and Marine Corps veteran told MSNBC's "Morning Joe" he has remained in touch with survivors of school shootings in Ohio and Washington, and he heard from some of them this week following the killings of 17 more students and teachers in Florida.

"Right now, for the last couple days, I've been getting emails, texts from kids who said, 'Enough, Montel -- enough,'" Williams said. "'We need to do something, we're begging parents to do something responsibly -- do something.'"

Williams said their pleas resonated with him.

"That's when as a gun owner, I have to stop and say, 'Come on, man -- are we this stupid? Are we this stuck on stupid that we will spend more time arguing where a child goes to the bathroom in a school than talking about protecting that child's life in that school?'" he said.

"What have we really denigrated ourselves down to, man?" Williams added. "As a proud gun owner, I have 17 guns, man, I spent 22 years in the military. Remember you taught me how to shoot a weapon, you told me it was okay, so it was okay for me. All my guns are locked up in a safe, and I use them maybe once a year to go target practice and shoot rocks. Okay, but I think I'm trained. I had somebody checked off that block at expert and say go do your thing. We have children buying guns. Guys, come -- we've got to do something about this. Have to do something -- not next year, not two years from now -- today."