Eric Boehlert thumps GOP for memo hype: 'They coordinate with Fox and Russian bots... and it's still a dud' 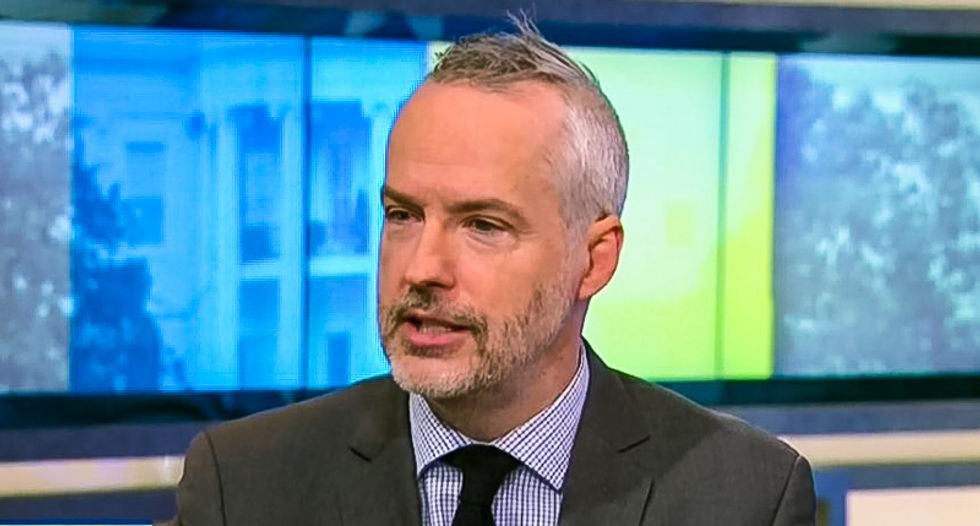 An MSNBC panel on Sunday pointed out that a controversial memo from House Intelligence Committee Chair Devin Nunes (R-CA) ended up being a "dud" even though Republicans coordinated with Fox News and Russian bots to hype the document.

MSNBC host Joy Reid observed during the panel discussion that Fox News was the first media outlet to get Nunes' memo, which attempts to smear the FBI over surveillance of Carter Page, a former Trump campaign staffer.

"The big reveal was kind of a let down," Reid explained. "Because the most compelling evidence against their hysterical claims about the Nunes memo was the distinctly underwhelming content of the memo itself. That irony, however, was lost on our friends [at Fox News]."

"A week ago Friday, Fox News and the GOP were pushing this idea there was a rogue enterprise within the FBI that was trying to undo Trump's presidency," he explained. "Turned out that was a joke text. And that kind of imploded. Everything they do is a joke, everything they do implodes."

"The whole memo charade is essentially a Kremlin production," Boehlert continued. "And so it's the fog of unknowability. Right? You throw out so much garbage, etc., etc. And even if there isn't a direct connection, this whole memo charge came the same week Trump refused to impose sanctions against Russia."

"Russian bots literally were pushing the #ReleaseTheMemo hashtag," Reid replied. "Which is amazing coordination for an administration that is denying they coordinate with the Russians."