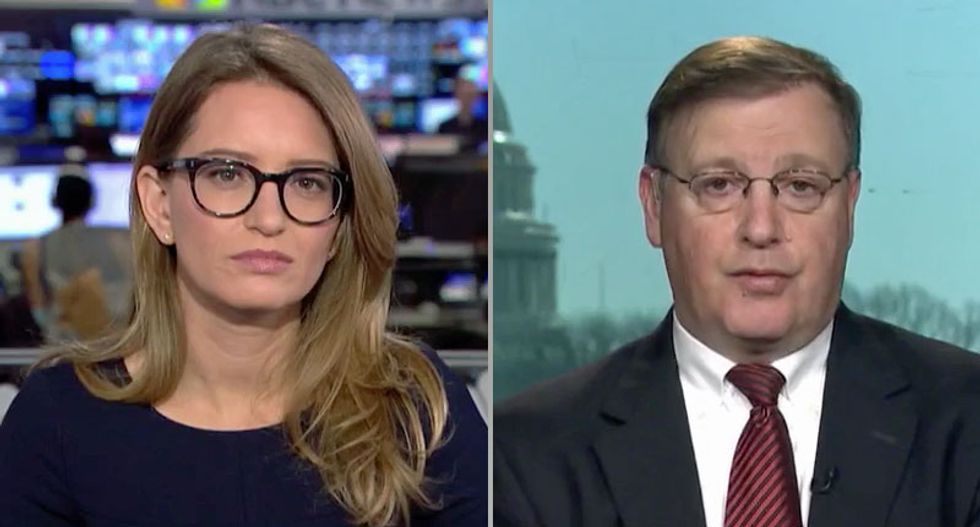 A former top official at the Federal Bureau of Investigation and Department of Justice explained to Katy Tur on Tuesday the message being sent by special counsel Robert Mueller.

"When you heard about this new charge today, this charge of lying by this gentleman, [Alex] Van der Zwaan, what was your reaction?" Tur asked MSNBC contributor Chuck Rosenberg.

"Well, Katy, I'll tell you: eat your vegetables, make your bed, and don't lie to the FBI," Rosenberg suggested.

"I think Bob Mueller is sending a signal, even if this case is a one-off -- and by that I mean, not in the heart of the Russia interference portion of the investigation -- if you go in front of the FBI, in you're talking to Bob's prosecutors, tell the truth," he translated.

"Is that really what this is? More than anything else, a big signal to everybody in this, if they're not coming to play -- as in coming to tell the truth and coming to be fully honest and forthright with this special counsel -- that they will face some serious repercussions?" Tur asked.

"So, what a prosecutor is trying to do is really two things. They're sending a message to the person who broke the law, in this case, Van der Zwaan is being punished for lying to the FBI. That's specific deterrence," Rosenberg explained.

"But there's another theory of deterrence that matters a lot, Katy, and that's general deterrence. It's the message to everyone else, 'look at what happened to this guy for lying, don't make that mistake!'" he concluded.