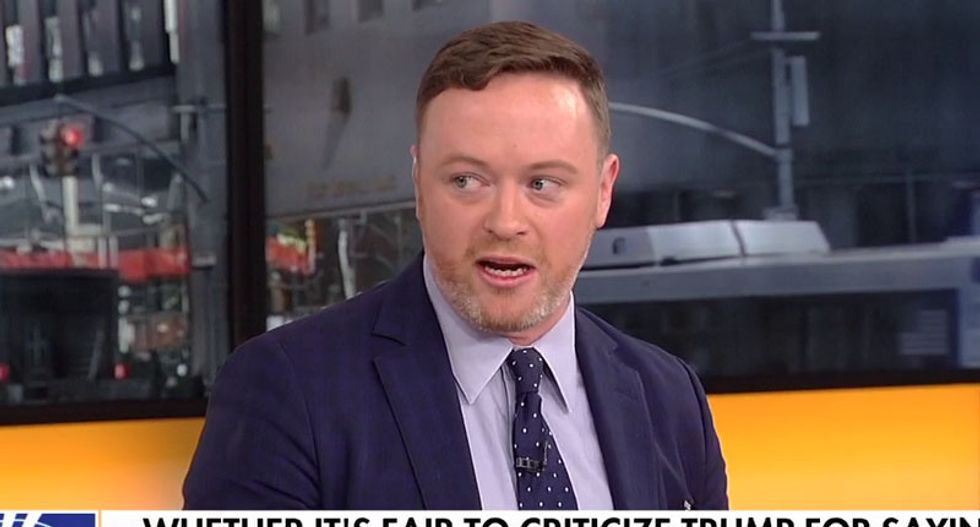 A Fox News panel on Tuesday expressed outrage that late night hosts had made fun of President Donald Trump for saying he would have charged into a school to stop a mass shooting.

“Seems to be a horrible thing to joke about. This was the reaction on late-night shows,” Fox News host Sandra Smith said after playing clips of Stephen Colbert, Seth Meyers, and Trevor Noah.

Fox’s Katie Pavlich added that “for them to make this a joke says a lot about where they are on this, and they’re doing nothing actually come up with solutions to harden our schools.”

During the discussion, guest panelist Christopher Bedford of the Daily Caller remarked that The Daily Show was no longer relevant and then noted that a coach killed in the Parkland shooting was a fan of his conservative news site.

“People did die running in there without weapons -- football coach Aaron Feis, a Daily Caller fan, gave his life heroically to try to save these children, he had no weapon,” Bedford said.

Pavlich went on to attack the comedians for making jokes about Trump, again complaining they were not coming up with any "solutions."

“But those are late-night comedians,” Fox contributor Leslie Marshall noted.