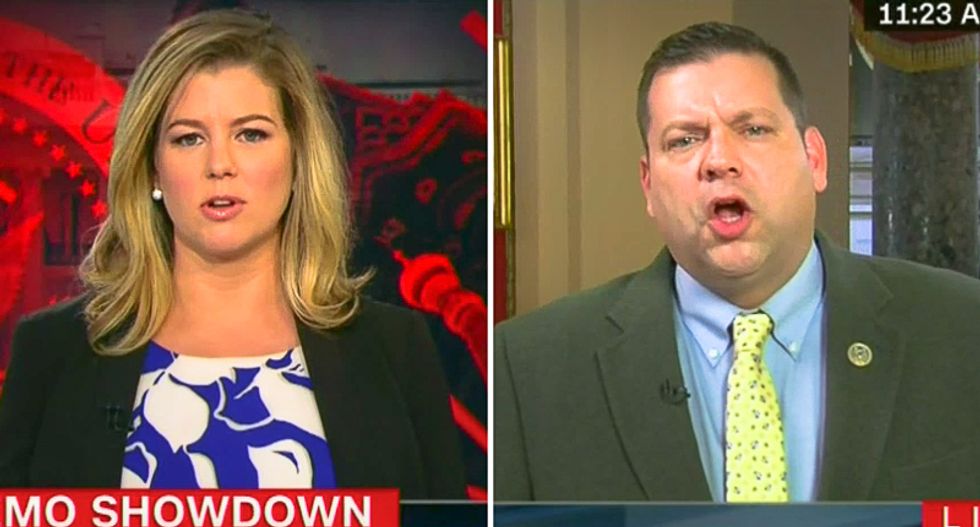 Rep. Tom Garrett Jr. (R-VA) on Monday likened the investigation into Russia's interference in the 2016 U.S. elections to President Donald Trump's racist "birtherism" campaign to convince Americans that President Barack Obama is not a U.S. citizen.

"This Russia investigation is essentially birtherism," Garrett told CNN's Brianna Keilar. "Imagine if there was a politically funded investigation of President Obama's place of birth where the levers of power were leveraged."

"Do you think Russia didn't meddle?" Keilar asked. "Is that why you mean it's birtherism?"

"The question is what the American government does to its own people against the Fourth Amendment right to privacy," Garrett replied.

The lawmaker called on Congress to release classified documents that we prepared when the FBI requested surveillance of former Trump campaign aide Carter Page.

"Watergate was a bunch of political hacks [but] these are employees of the federal government," he opined. "And so what's at stake here isn't Republican or Democrat, it's about who we are as a country."

Keilar, however, seemed puzzled by the comparison to birtherism.

"Why do you equate the two?" she asked. "I mean, President Obama was born in the United States and when you look at this investigation, one, Russia meddled in the election and then there were some contacts between either associates or members of the Trump campaign with Kremlin-backed Russians."

"I guess I don't understand why you're equating birtherism, which by the way was really spearheaded by President Trump, with this Russia investigation that is spearheaded right now by Robert Mueller," Keilar said.

For his part, Garrett insisted that it was unfair to criticize the Trump campaign for meeting Russians.

"Any contact then becomes the smoking gun?" Garrett complained. "That's ridiculous. So, the crazy people who made aspersions against President Obama didn't have the wight of the federal government being brought to bear to sort of flesh out those aspersions."