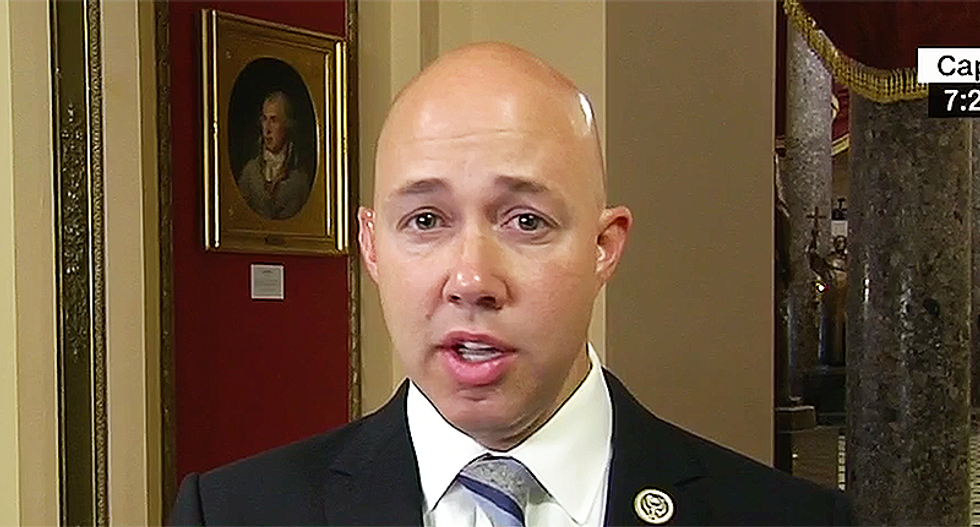 Florida Republican Rep. Brian Mast served for 11 years in the U.S. Army and he knows first hand how to use a military weapon. So, when it came to National Rifle Association spokesperson Dana Loesch's claim that she needs an AR-15 to protect herself as a woman, he called folly.

In an interview Friday, Loesch said that she bought an AR-15 when she was living alone and needed it for protection.

"Look, I would say I don't want anybody to have the right defend themselves in the way they see fit denied either," Mast said. "Our Second Amendment is an unimpeachable God-given right to defend ourselves. One of the most basic rights. But we recognize that there is a balance between what is the level of lethality and what is that level of firepower and does that fall in line?"

He noted that he can't buy the M249 squad automatic weapon, which shoots the same size round as the AR-15, the only difference is it shoots 500 rounds a minute. It's a military weapon he was exposed to in the Army.

"It's a military machine gun for all intents and purposes," Mast continued. "I can't go purchase that. We understand that that's a line. That would probably be even better for home defense than what that AR-15 is, but we recognize that there's a line somewhere that we say here is the Second Amendment and here is public safety. And there's room. They're not mutually exclusive to one another. That's what I would say to Ms. Loesch."

Mast penned an op-ed in The New York Times last week, calling for reasonable gun regulation despite having an A rating with the NRA.

"I was sitting around with my family, I was out at a public place. I was watching my kids play in a pool with probably 100 other kids and I was thinking about what had just happened in Parkland," Mast said. "But I'm looking around at the situation around me and saying, this is very similar to what happened in Las Vegas."

He eplained he was concealing and carrying his 9-millimeter hand gun at the time but he knew there was no hope in the event of an incident like in Las Vegas or Parkland.

"I'm saying, myself and my family and all these other kids down here are sitting ducks to the next Stephen Paddock, who conducted that assault in Las Vegas," Mast continued. "We have to do something about this. We have to protect our communities, our theaters, certainly our schools. That's where the conversation has been. This goes beyond schools."