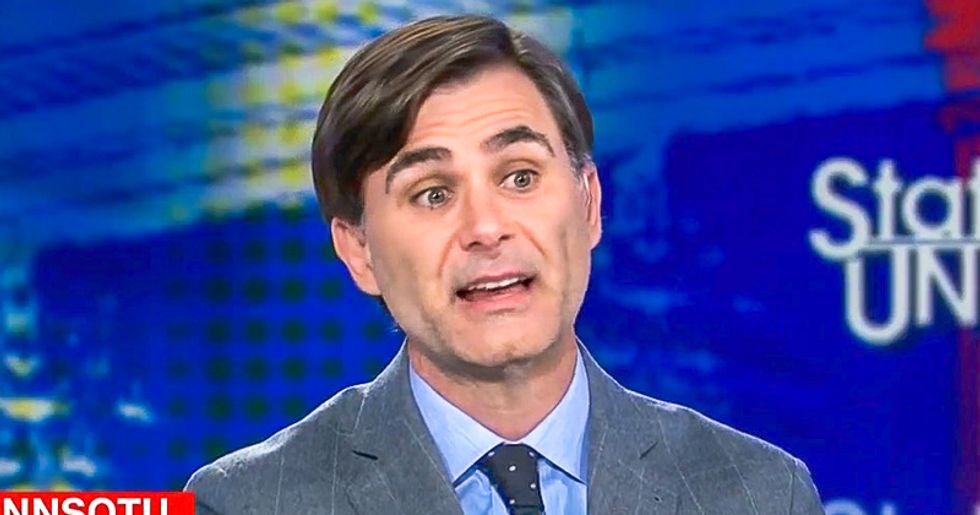 During a panel segment on CNN, Bauer explained that he did not expect Republicans to take action against guns after the shooting at Marjory Stoneman Douglas High School in Parkland, Florida.

"We have a culture thing here that we're not discussing," Bauer insisted, shifting the topic away from gun control and the National Rifle Association (NRA). "When I grew up it was Andy Griffith. You never had school shootings and we still had prayer in school and we drove to school with guns in the car."

"Today, we are in a different time," he said. "The movie industry, the rap industry in general talks about these things that are common now and we have almost desensitized it. Now we have have to worry about kids eating Tide PODs. Instead of discipline -- we go after parents who discipline their children. When I was in school, the principal had a paddle. It was called the Board of Education and he used it on all the students. We have changed the mindset today. It's scary now that students would even contemplate this type of behavior."

According to Bauer, the shootings can be blamed on "a cultural shift."

But former Michigan Gov. Jennifer Granholm responded by saying she respected the "culture" of guns in America "but that doesn't mean that you can't have reasonable restrictions."

"Do you think there is a moment now for Republicans, either out of fear or morality or compassion, to say enough is enough, we are going to do some reasonable restrictions?" she asked Bauer.

"I think it sounds good," Bauer replied, dismissing the suggestion. "I think there is a bigger problem. If you look in Virginia, one of the biggest school shootings ever, it was done with a handgun, not an AR-15."

"There [are] an awful lot gun control measures that do have impact," Granholm interrupted. "There's been a lot of studies about this. There's no question. For example in Connecticut, when they adopted tough gun control, they saw 40 percent decline in homicides by guns. Contrary to that, in Missouri, when they have very lax standards and they release them, you increase in gun homicides. Those are just two anecdotes of a million about what the impact is."