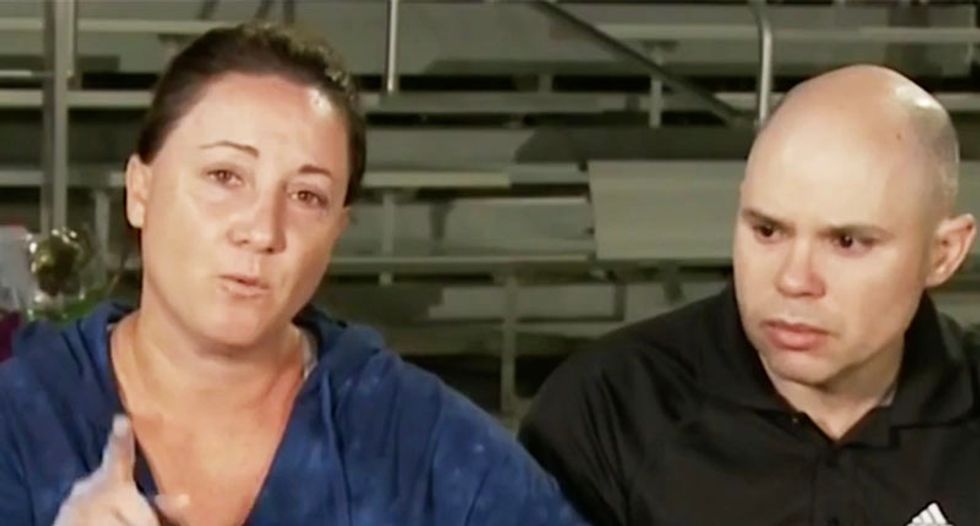 In a sit-down interview with CNN's Alysin Camerota, the Florida mom who lost her 14-year-old daughter and blasted President Donald Trump after the Florida high school shooting that occurred on Wednesday, called on the president to proetct other children like he would protect his own 11-year-old son, Barron.

On Thursday, Lori Alhadeff blew up at Trump on CNN while talking about her daughter Alyssa after Nikolas Cruz, a 19-year-old man, killed 17 students at the Marjory Stoneman Douglas High School in Parkland, Florida.

"President Trump, you say what can you do?” Alhadeff passionately stated in the earlier interview. “You can stop the guns from getting into these children’s hands! Put metal detectors at every entrance to the schools. What can you do? You can do a lot! This is not fair to our families and our children go to school and have to get killed! I just spent the last two hours putting the burial arrangements for my daughter's funeral, who is 14! Fourteen! President Trump, please do something! Do something. action! We need it now! These kids need now!”

Speaking with host Camerota at a memorial for her daughter at a soccer field where they girl once played, the mother invoked the name of the president's youngest son, saying all kids deserves the type of protection Barron Trump receives.

"She was supposed to have a long and bright future," Camerota asked. "How can you ever get your head around what happened?"

"My child is dead, I can't help her," she continued. "But I can help all the other kids at Stoneman Douglas High School and around the world. We have to protect our children, we have to fight for them, it is our job as parents. We have to recognize that if something is wrong with our own child, if they are ill, you need to get them help. If you have guns in the house and the child has access to the guns, that needs to stop."

Asked again what she would like to say something to Trump, Alhadeff brought up Trump's youngest child.

"President Trump, Barron goes to school, so let's protect all these other kids here in Parkland in Florida and everywhere else in the United States of America," she told the camera. "Because we earned it just like how you earned the right to protect Barron. You need to help us now. We need security now for all these children that have to go to school. We need action, action, action."