‘How gullible is he?’ CNN panel mocks Don Trump Jr’s ‘brainpower’ after he falls for Parkland conspiracies 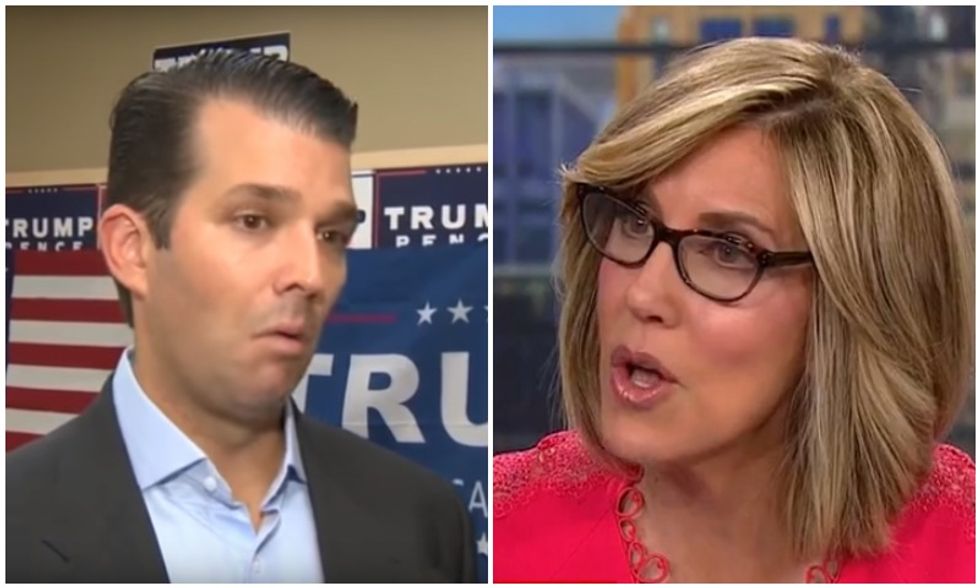 CNN's Alisyn Camerota raked Donald Trump Jr. over the coals on Wednesday after noting that he had given a thumbs-up on Twitter to conspiracy theories that attacked Parkland shooting survivor David Hogg for allegedly being a pawn of the FBI.

During a panel discussion with Brian Stelter, Camerota flayed the president's son for seemingly embracing conspiracy theories about students who were traumatized just last week by a school shooting that left 17 people dead.

"Don Jr., the president's son, liked some of these on Twitter -- how gullible is this guy?" she asked. "He's falling for these conspiracy theories that these kids who watched their friends be slaughtered and escaped with their lives?"

Stelter said that conspiracy theories about shooting victims were like "pollution" that is "making our society sick." Camerota then added that this pollution isn't just relegated to online fever swamps, as an aide to Republican Florida state Rep. Shawn Harrison on Tuesday sent out an email to reporters claiming that two of the school shooting survivors who are regularly interviewed on cable news are really paid actors.

"It's making it to the White House in the form of Don Jr., and it's making it to the Florida statehouse," she said of conspiracy theories about Parkland students. "The good news is that that state rep's aide was fired right after this because it was so appalling that he fell for this."

She concluded that people like Donald Trump Jr. and the fired aide who fall for such conspiracy theories have a "lack of brainpower" and a "lack of critical thinking."