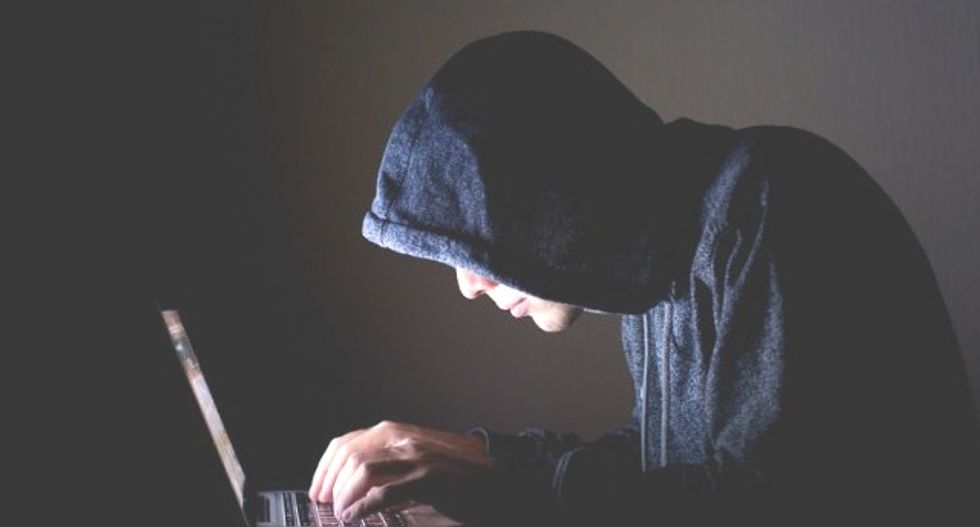 Marat Mindiyarov was a 21st-century Russian sleeper agent that is realistically nothing more than a troll with an American accent.

A report from The Washington Post, detailed a classified NSA report as well as a profile of the Internet Research Agency Russian troll factory that was recently indicted by the U.S. Justice Department. When he was hired, part of the job requirements were that they had to "seamlessly insinuate themselves into the American political conversation." But he had written about Hillary Clinton, saying she had a strong chance of winning. He was told he didn't pass the test, though it wasn't clear if that was due to his Clinton story or his English.

So, instead of becoming a professional troll, he was relegated to commenting on articles posted by fake news sites. He quit after just three months, saying it was like something out of George Orwell's 1984.

“Your first feeling, when you ended up there, was that you were in some kind of factory that turned lying, telling untruths, into an industrial assembly line,” Mindiyarov said.

A classified NSA report given to The Post on the Internet Research Agency named Russian President Vladimir Putin's "chef" Yevgeny Prigozhin as the one leading the effort. It alleged that Putin's top aides had to approve, if not oversee, the entire operation. At least 80 employees worked with Trump supporters to organize events and discredit Clinton both personally and politically. They also actively attempted to suppress turnout among key Democratic demographics like African Americans, special counsel Robert Mueller included in the indictment.

The trolls worked diligently to sound like Americans and generate propaganda that sounded as if it was coming from like-minded people.

“The first order of business was not to be unmasked,” said former employee Lyudmila Savchu. “Their top specialty was to slip political ideas inside a wrapping that was as human as possible.”

Prosecutors have said that the operation dates back to May 2014, prior to Clinton and Trump declaring their candidacies. The time allowed the Russians to master the art of being an American. They were told to pay attention to what issues were drawing more ire among Americans following politics. Trolls were also provided with a list of American holidays, according to prosecutors, and the content posted was to emulate what an American would say on or around those days.

The campaign was run like a normal political organization with data analysis, design teams and a budget for staff, ads and other tools. They were given a guide for how to create graphics or use video to generate maximum impact, The Post said.

The classified report said the Internet Research Agency “clearly sought to identify topics resting on the fault lines of American politics — such as the Second Amendment, same-sex marriage, and the economy — as well as issues often characterized as sensitive or contentious — such as racism and religion — almost certainly to drive a wedge between segments of the U.S. population.”

The "Agency" sorted social media content into major categories such as "govnostrana," which was translated to mean "crap country" or things about the U.S. Other content was "precision strike," surrounding events and "spam."

Mindiyarov was paid $700 a month for a 12-hour shift from 9 a.m. to 9 p.m. They would work for two days and then have two days off. They were required to hit specific quotas with comments supplementing Russian-language news. On occasions, the group of staffers would work together for a "group troll," where they'd stage an argument publicly online and someone would pretend to be persuaded by the other.

“Those are the kinds of plays we had to act out,” he said.

While the workers were visiting the United States in 2014, a grassroots activist in Texas told them to concentrate on "purple states" like Colorado, Virginia and Florida. The Russians used ads on social media to generate rallies in New York City in June and July in 2016, but by August they were focusing on those battleground swing states.

They used the Facebook group "Being Patriotic" to get Americans to organize small pro-Trump rallies that gave the illusion that Trump had volunteers all over the state.

Americans that were duped by the Russians argued that the trolls were convincing. "They did not ask the Americans to do or say anything they were not already doing, a sign of how effectively the Russian effort learned to echo Trump’s own campaign themes," The Post explained.

“I was supporting Donald Trump anyway. I didn’t need persuading,” lawyer Max Christiansen said. He volunteered to host an event posted by "Being Patriotic."

The same was true for Sherrie Hyer, who was approached about hosting her own event. She'd been politically active for years in tea party circles and had helped organize a pro-Trump march at her retirement community. She called a number she was given for the organizing group. She wondered if the man helping organize it with her would even attend, but he apologized and said he couldn't. She noted he didn't have an accent at all.

Hyer got 35-40 friends to come out and wave signs for the small rally. They didn't give her contacts or suggest any messaging, Hyer did all the work, including an orange jumpsuit that said "Clinton" on the back. Prosecutors allege that Russians bought similar costumes and paid Americans to wear them at events, but Hyer said she bought her own at Goodwill and wore it to Trump events.

“There was no Russians at my rally. I knew everyone there,” she said. “I would have done it for Trump anyway. There was still a lot of excitement and Russians had no part of that. This wasn’t a trick for me.”