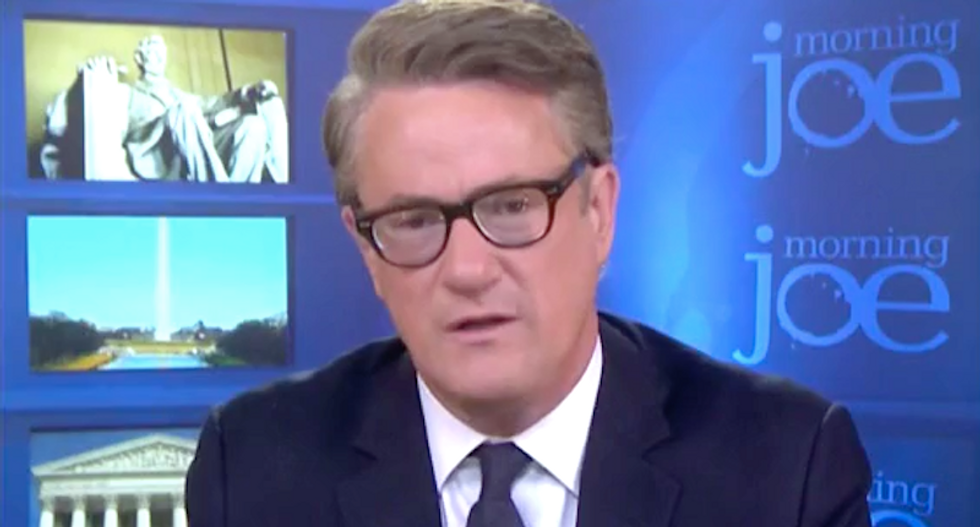 President Donald Trump has an opportunity to improve public safety and help himself politically, agreed panelists on MSNBC's "Morning Joe" -- but host Joe Scarborough said he's incapable of following through.

Contributor Donny Deutsch called on his old friend to take meaningful action on gun laws in the wake of another deadly school shooting, arguing Trump's base would follow him anywhere and great majorities of Americans support new legislation.

But Scarborough explained why that would never happen.

"Donald Trump has proven to be a coward," Scarborough said. "He's proven to be a small man, he's proven to be scared. He is so scared of his most extreme base. He is a coward. Name one time when he hasn't stepped out to try to show a little bit of original thinking, then he curls back up into fetal position and becomes cowardly and listens to the most extreme members of the black helicopter crowd."

Deutsch said he hoped the president's "ego is bigger than his cowardice," and he argued that Trump was in a unique position to take action on gun safety.

"He has a chance, frankly, to be brave with no downside," Deutsch said. "If you really think about it, no other president, because of this weird place he's in, has been in this position actually to do it. He can be brave with really no downside. By the way, we would forgive Russia."

Co-host Mika Brzezinski laughed and said she wasn't sure about that last point, but she agreed gun safety offered a significant opportunity for Trump to change his political fortunes.

"This is our children, it's really weird," Deutsch added. "No other president could do this politically, he has served up because of the insane place we've gotten to."