‘He’s scared to death’: Morning Joe says Trump willing to do anything to avoid being ‘humiliated’ by Mueller 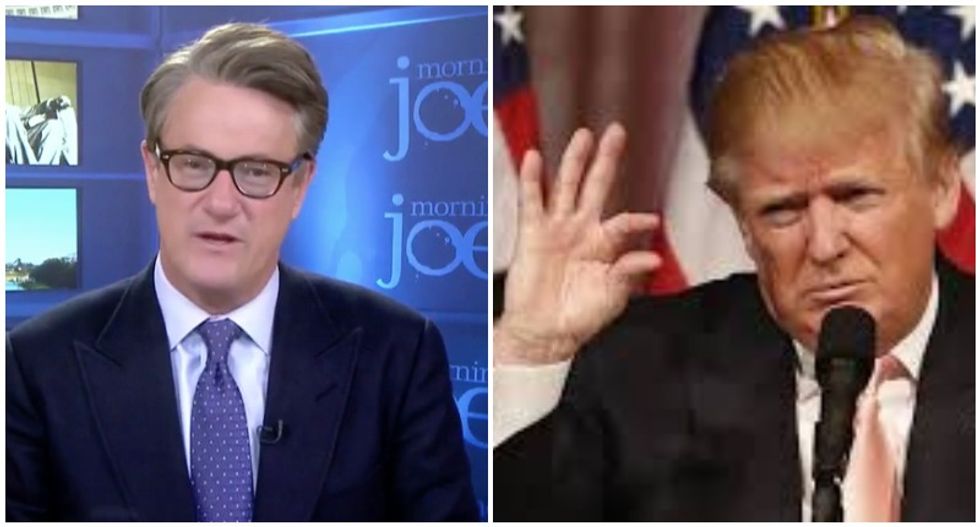 The "Morning Joe" host said Trump was trashing the FBI and Department of Justice in hopes of avoiding the interview, because he knows how badly he would fare against the special counsel.

Trump's lawyers fear the interview would be a perjury trap, as Mueller investigates the president's campaign ties to Russia and his efforts to conceal those now that he's in the White House.

"Donald Trump just doesn't want to be humiliated that badly," he continued, "so he's frantically doing everything he can to avoid testifying despite the fact that that the overwhelming majority of Americans believe that Donald Trump should agree to an interview with Robert Mueller. But, again, Donald Trump knows that Robert Mueller is just a lot smarter than him, a lot shrewder than him, and so he's doing all of these things."

Even if the president succeeds in pushing Mueller off the case, Scarborough said the Russia probe could move into state courts or get picked up by a new special counsel.