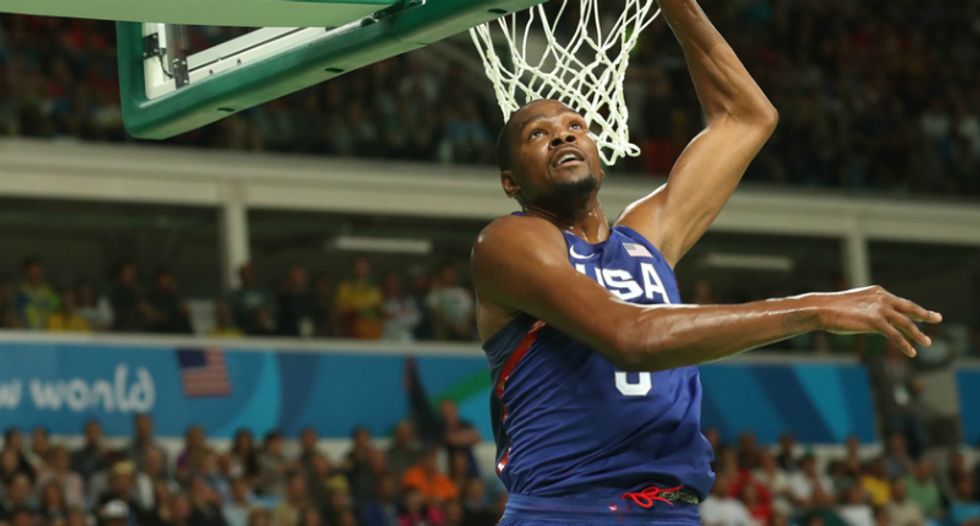 After Fox News radio host Laura Ingraham said he and Cleveland Cavaliers' superstar Lebron James should avoid politics and "shut up and dribble," Golden State Warriors' Kevin Durant said what we were all thinking.

"To me, it was racist," Durant told USA Today in an interview. Ingraham denied that the comment was racist in nature.

"Our president made it cool for people to kind of speak their truth and kind of show what they’re really about," he said. "It’s cool to uncover that now. So we know it’s coming. We know if we use our voice and it’s not what some people may agree with, of course they’re going to say ignorant things like that."

"I just feel bad for her," he continued. "I feel sorry for her, because she doesn’t understand."