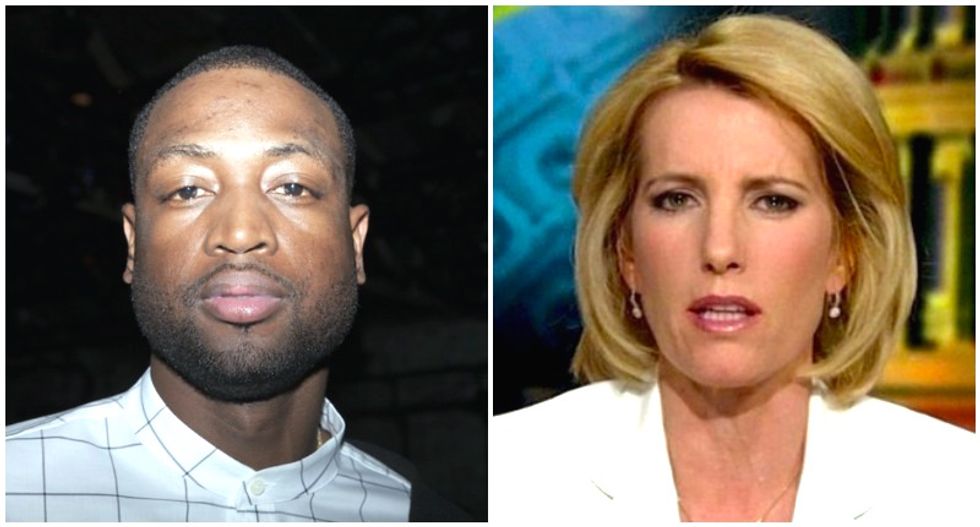 "I'm numb to this commentary," Ingraham said. "Must they run their mouths like that?"

She continued to insult the player's intelligence and suggested he had no right to criticize the president.

"This is what happens when you attempt to leave high school a year early to join the NBA," Ingraham said. "And it's always unwise to seek political advice from someone who gets paid $100 million a year to bounce a ball. Oh, LeBron and Kevin, you're great players but no one voted for you. Millions elected Trump to be their coach, so keep the political commentary to yourself, or, as someone once said, shut up and dribble."

Wade -- who was James' teammate on the Miami Heat and, until recently, the Cavaliers -- called out both Ingraham and Trump as unabashedly racist.

"They (used) to try and hide it," Wade tweeted, "now the president has given everyone the courage to live their truths."

Ingraham later insisted she had no racist intention by questioning whether James was qualified to make political statements, and pointed out she had told many other celebrities to "shut up" for voicing their own views.

"If pro athletes and entertainers want to freelance as political pundits, then they should not be surprised when they’re called out for insulting politicians," Ingraham said in a statement distributed by Fox News. "There was no racial intent in my remarks - false, defamatory charges of racism are a transparent attempt to immunize entertainment and sports elites from scrutiny and criticism

Wade previously slammed Trump for politicizing his cousin's shooting death during the 2016 campaign, when the GOP nominee predicted "African-Americans will VOTE TRUMP" because he had been decrying gun violence in Chicago.

"I was grateful that it started a conversation," Wade told ABC News, "but on the other hand, it just left a bad taste in my mouth because of what my family is dealing with and what our city of Chicago is dealing with and it looks like it’s being used as political gain."