'I'm pissed!': Trump-supporting dad screams at the president after his daughter was murdered in Parkland 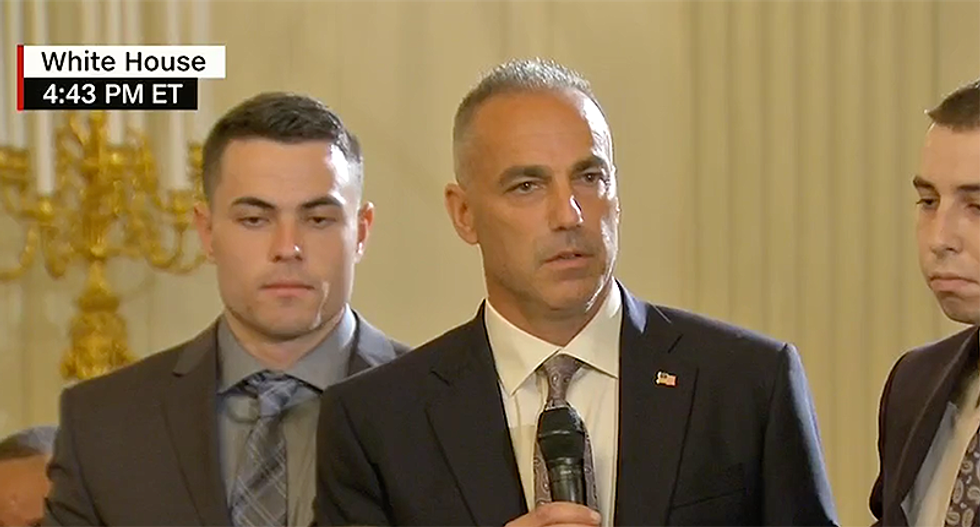 President Donald Trump on Wednesday hosted a listening session in the White House with high school students and teachers about safety on campuses following last week's mass shooting in Florida.

These are the parents and students from Marjory Stoneman Douglas High School that will attend the listening session… https://t.co/k1PSMCzB8S
— Kaitlan Collins (@Kaitlan Collins) 1519246261.0

Father Cary Gruber begged the president to do something.

"Please, Mr. President," he begged. he went on to cite qualifications for weapons in Israel, which mandates significant training and an age requirement at 27. "We gotta do something about this. We can't have our children die, please."

Mayor Christine Hunschofsky, of Parkland, Florida, cited an father of a fallen student who works as an airline pilot. He told her that he firmly supports the Second Amendment, however, he doesn't think there is any reason to have assault rifles.

Another angry father, Andrew Pollack, was spotted wearing a Trump campaign t-shirt in the hours that followed the shooting. At the White House today, he announced that he was not going to sleep until it was fixed. He noted that there are so many places that are protected.

"I'm here because my daughter has no voice," the father said of his slain daughter. "She was murdered last week and she was taken from us. Shot nine times on the third floor. We as a country failed our children. This shouldn't happen. We go to the airport, I can't get on a plane with a bottle of water, but we leave some animal to walk into a school and shoot our children. It is just not right. And we need come together as a country and work on what is important. And that is protecting our children in the schools. That is the only thing that matters right now."

He went on to explain that stadiums are safe, embassies are safe and he walked into the Department of Education Wednesday only to see a security guard in an elevator.

"How do you think that makes me feel? In the elevator they got a security guard. I'm very angry this happened," he continued. "Because it keeps happening."

He went on to say he didn't care about guns, he just wanted to secure his child's school.