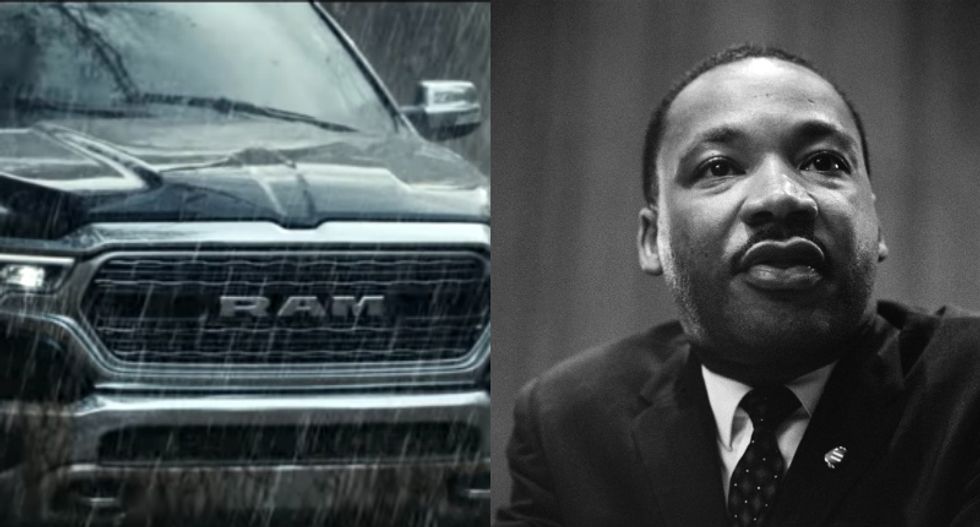 Move over, Kendall Jenner — there's a new ad that seeks to exploit black activism for profit, and it's just in time for Super Bowl Sunday.

"MLK did not die to be featured in a Dodge commercial," one user noted.

Would MLK have rooted for the Eagles over the Patriots, Janet over Justin, Persil over Tide?
— Preet Bharara (@Preet Bharara) 1517793622.0

The worst commercials are those that use icons like Martin Luther King Jr to sell things like a Dodge Ram truck.
— Matt Viser (@Matt Viser) 1517791657.0