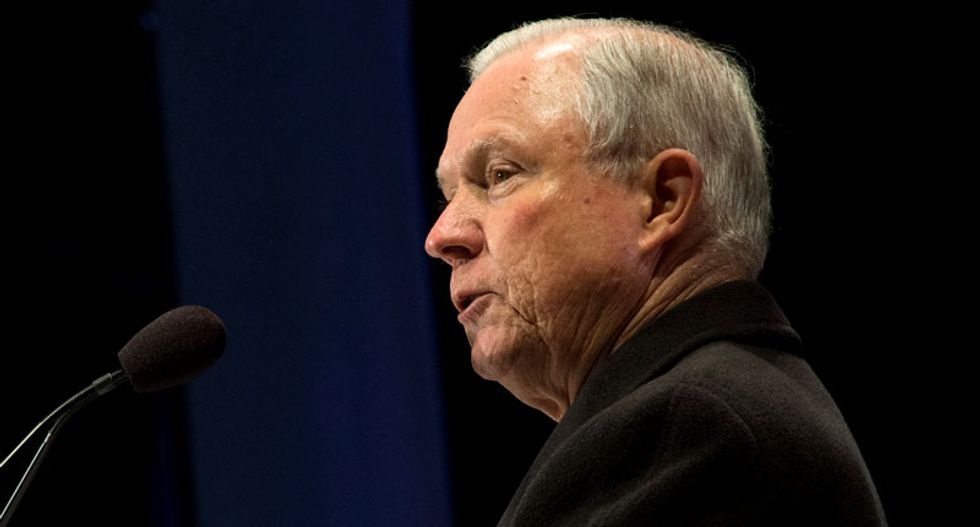 Attorney General Jeff Sessions strayed from his prepared remarks to comment on the "Anglo-American" historical origins of the sheriff.

Sessions spoke Monday to a the National Sheriffs Association, which represents about 20,000 law enforcement officials across the U.S., but video recordings show an apparent improvisation from the prepared remarks distributed ahead of time to reporters, according to Splinter News.

“The office of sheriff is a critical part of the Anglo-American heritage of law enforcement,” Sessions said. “We must never erode this historic office.”

The remarks quickly raised eyebrows on social media, where commenters perceived the reference as racist in light of the attorney general's racially problematic history.

The sheriff indeed originated in medieval England, and the name derives from Anglo-Saxon words for the guardian, or reeve, of a county, or shire.

English colonists brought the tradition to America and elected their own sheriffs in the 1600s, and various right-wing fringe movements promote the legal fallacy that county sheriffs are the highest law enforcement officers in the United States.

"The office of Sheriff is a critical part of the Anglo-American heritage of law enforcement. We must never erode this historic office" : Attorney General Jeff Sessions speaking at the National Sheriff's Association winter conference in DC. @vicenews pic.twitter.com/gPS6AbkS30