‘I just don’t know what that means’: Trump gets completely lost during meeting on school shootings 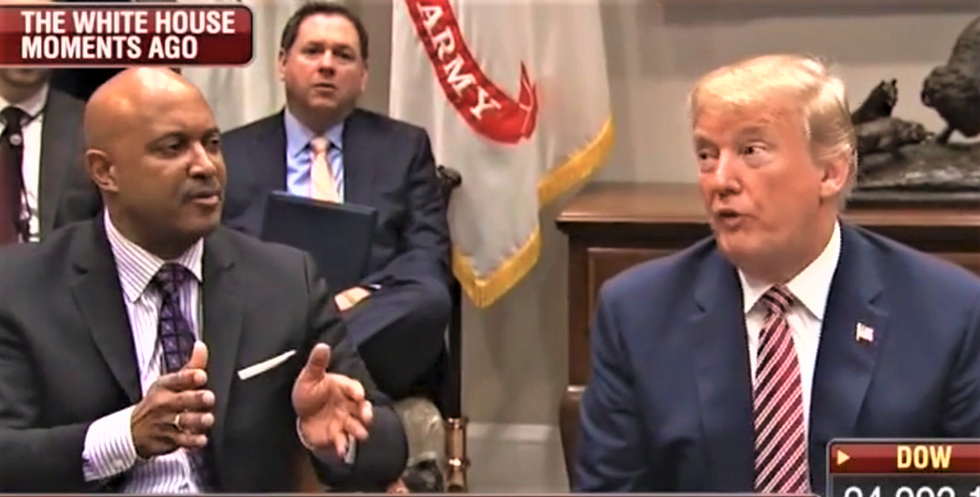 President Donald Trump on Thursday appeared to get completely lost during a discussion on preventing school shootings being held at the White House.

During the talk, Indiana Attorney General Curtis Hill talked about active measures that schools can take during shootings that can go into effect automatically without the police even being on the scene.

"We also have countermeasures that can be employed by the sheriff's department within seconds to contain the attacker and in a sense turn the attack on them," Hill said. "That is a critical piece."

A confused Trump asked him to explain the concept of countermeasures.

Hill proceeded to give him an example to illustrate it.

"If you are in a hallway, with an active shooter in a hall, and he's going around looking for targets, you got the doors locked, and somebody is monitoring and, for example, they have smoke canisters that can come in and blind to shooter, which distracts them," he said. "That gives time and, you know, that critical time when he is allowed looking for targets."

Trump still didn't seem to understand the concept, however.

"In the meantime, he's shooting everybody, though," the president said.

"Well, in this particular school, they're locked down," Hill patiently explained.