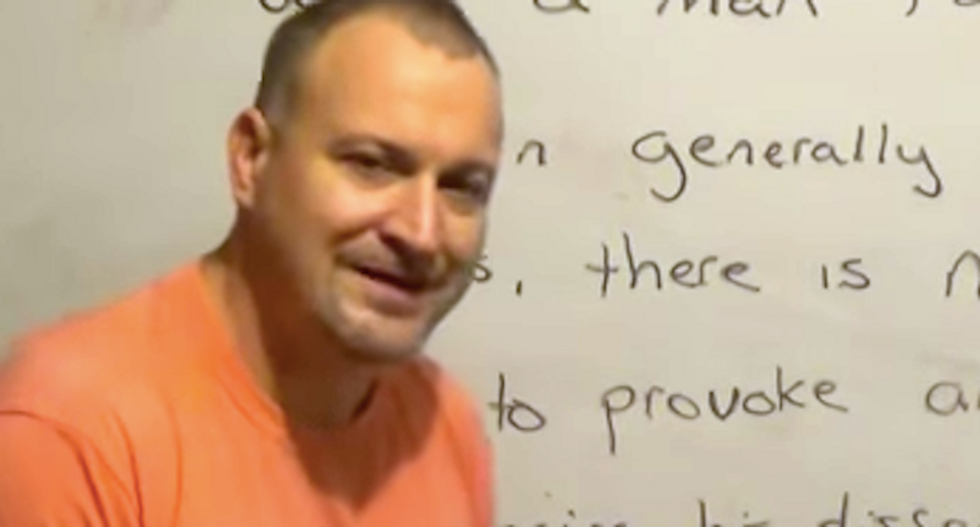 A Kentucky teacher could lose his job after posting an online video empathizing with school shooters and offering suggestions to prevent campus violence.

The video is called "I could have been a school shooter," and Hawkins suggests that schools themselves may be partially to blame for violent outbursts.

“It's by the grace of God that I was not a school shooter, which I very well could have been as a result of my days in high school,” Hawkins says in the video. “We're dying, because we're putting our kids in these hellholes that we call school."

Hawkins, who has taught school for 15 years, said he was socially impaired in high school -- and he recognizes the same troubles in some of his students.

“I’m with them every day, and they don’t want to be there, and they don't want to put up with this peer pressure and social constraints,” Hawkins says.

He proposed letting those students stay home instead of forcing them to spend hours each day at school.

“With all the technology that we have, instead of kids going to school, school can go to them,” Hawkins says.

His message apparently didn't sit well with his supervisor, who warned that his contract wouldn't be renewed in April, according to Hawkins.

The TV station reported, however, that Spencer County Public Schools Superintendent Chuck Adams said the video would not be grounds for termination when contracts are reviewed in the spring.

Even if he ultimately loses his job, Hawkins said he had no regrets.

“I'm glad I did the video, I'm not scared,” Hawkins told the TV station. “We'll save many, many lives if we just take them out of schools if they don't want to be there.”