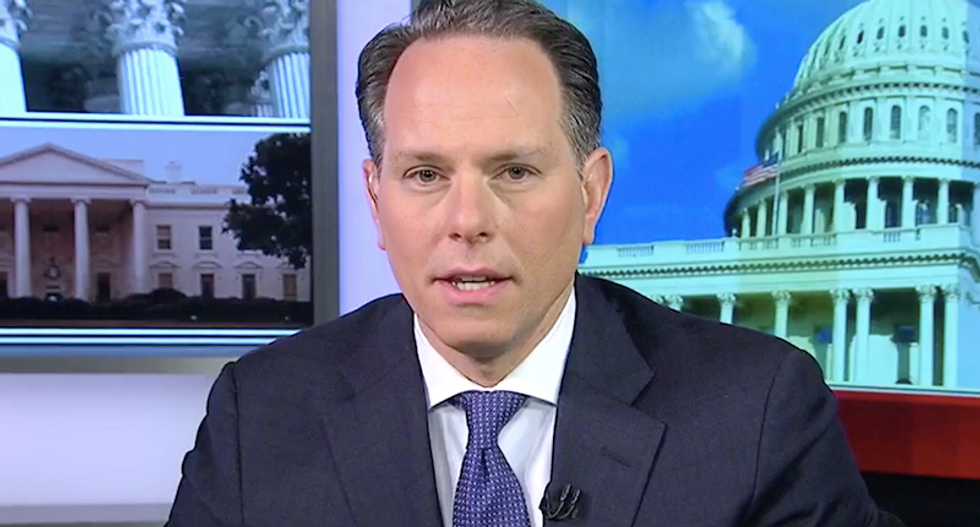 A former top official for both the Department of Defense and the CIA said Jared Kushner losing access to top-secret materials should end his time in the White House.

President Donald Trump's son-in-law and senior adviser had his security clearance downgraded by White House chief of staff John Kelly, and that news broke as another report revealed Kushner's flimsy government experience and financial troubles were possibly exploited by at least four countries.

Panelists on MSNBC's "Morning Joe" agreed Kushner's tenure in the White House had been problematic from the start, and his current status was untenable.

"It means he can't access any of the intelligence community's products or analysis, and that effectively means he cannot do his job as the top diplomat overseeing the Israeli, Palestinian peace process," said Jeremy Bash, a former chief of staff for Leon Panetta when he served as CIA director and secretary of defense.

Bash said there were few roles of importance available in the White House for a staffer who lacked security clearance.

"None of us can even remember a West Wing staffer working on national security affairs who stayed in that job with a secret clearance," he said. "I mean, maybe in the West Wing you could, you know, deliver the mail or mow the White House lawn or serve navy bean soup as an enlisted sailor, but you cannot be involved in policy making."

"You can't go into the White House situation room, have conversations, you can't prepare the president for engagements with foreign leaders," Bash added. "Part of that is reading those reports and working on very sensitive matters. I can't see a single way that Jared can engage with relationships with China, with Mexico, with any of these sophisticated players, without access to top-secret, sensitive information. I think this is fatal for him."