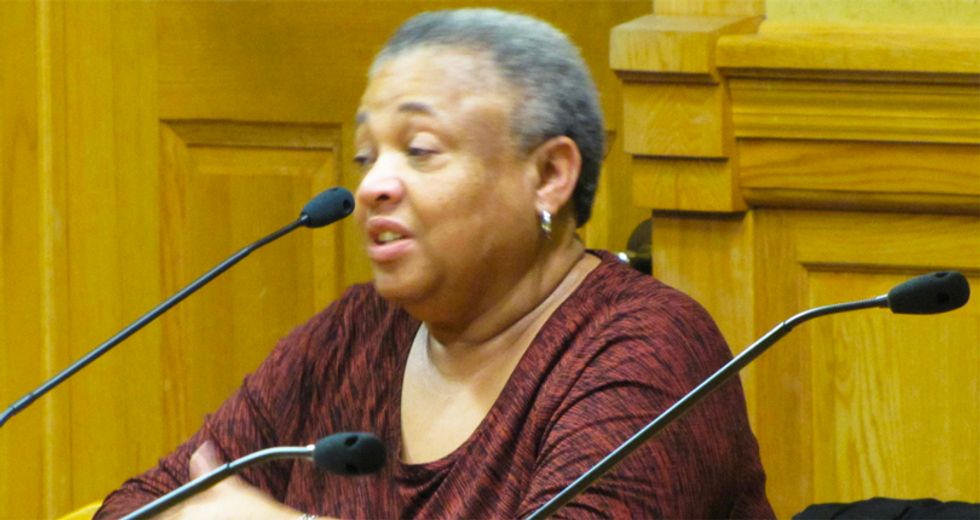 The new appointed leader of Milwaukee's troubled Health Department got off to a rough start after casting doubt on studies that conclusively show no link between childhood vaccinations and autism, the Journal Sentinel reported.

According to the report, Dr. Patricia McManus -- who was selected to head up the department by the Common Council -- made her comments while appearing on a local radio program on Wednesday.

Asked about the claims by members of the so-called "anti-vaxxer" movement that there is a direct link between the measles, mumps and rubella (MMR) vaccine and autism in children, McManus left the door open that the Centers for Disease Control could be wrong in their clearly stated 2015 response to the controversy  stating: "...no links have been found between any vaccine ingredients and ASD."

Speaking on Wednesday, McManus waffled when asked about the link, telling the hosts of WNOV-AM's 'The Forum" that there is some doubt.

“I don’t think the answer is yet there. I mean, there’s still people who believe it," McManus explained. "And so I don’t know. I think the science is still out. I think that’s a decision that these families are going to have to make on their own at this point.”

On Friday, McManus somewhat walked her comments back, saying she personally doesn't believe there is a link and telling the Journal, "I wasn't questioning the science. I think clearly most public health people, and most doctors in general, believe that even if you have issues with it, the best thing to do is to still get the immunization."

McManus added that she "is not going anywhere telling people not to get immunized," before stating, "I would like to have more research done on the whole issue in the first place, rather than just tying it to one thing, because I'm not sure that's it. It usually isn't. And I think that's what happens when you try to nail it directly to one thing, such as the vaccine."

Her Wednesday comments drew a quick rebuke form specialists in the field of pediatrics who cited research by the federal CDC and National Institute for Health.

"Unfortunately, she couldn't be more incorrect," said James H. Conway, a pediatrics professor at University of Wisconsin-School of Medicine and Public Health. "The science is clear and has been reviewed over and over not just by the CDC, but by NIH and numerous studies. The information is clear that the measles, mumps and rubella vaccine does not cause autism."