Morning Joe: Devin Nunes is wrapped up in a ‘conspiracy to obstruct’ justice with Donald Trump 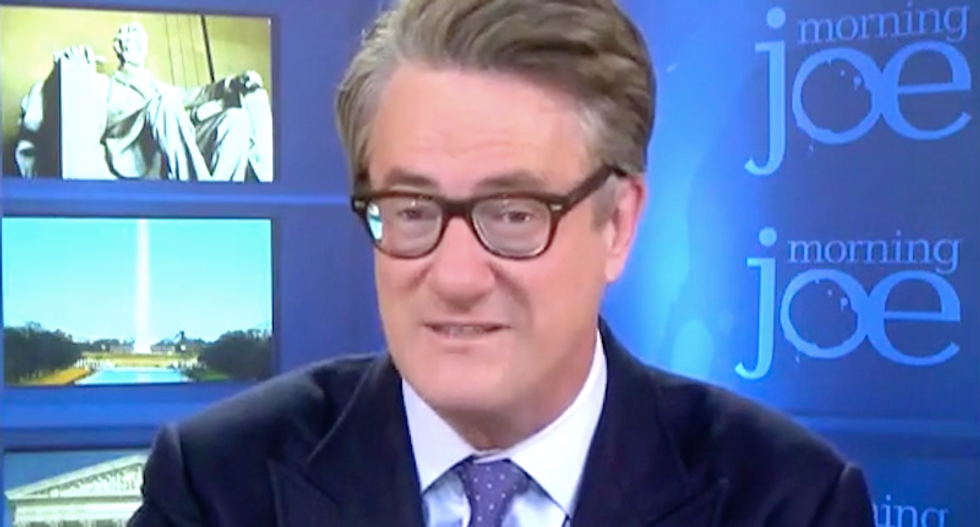 The "Morning Joe" host and his guests discussed the memo that originated with House Intelligence Committee Chairman Devin Nunes (R-CA), who says the document proves wrongdoing by the FBI -- which has disputed the claims as intentionally misleading.

Frank Figliuzzi, the former assistant director for counterintelligence at the FBI, agreed that Nunes could be in legal jeopardy for obstruction -- and the memo could be further evidence against the president.

"He's waving around a very dramatic memo that he's going to release, essentially in the form of a press release," Figliuzzi said. "It clearly goes toward his intent, and his intent appears to be obstruction."

Scarborough said congressional Republicans "care more about being subservient" to Trump than protecting national security, and MSNBC contributor Donny Deutsch said Democrats should hammer them on that during this year's midterm election campaigns.

"Going forward, are you going to bet on the people that keep this country safe, the men and women that have lost their lives and dedicated their lives in the FBI, or a reality TV guy?" Deutsch said. "That's the choice you put in front of the American people."