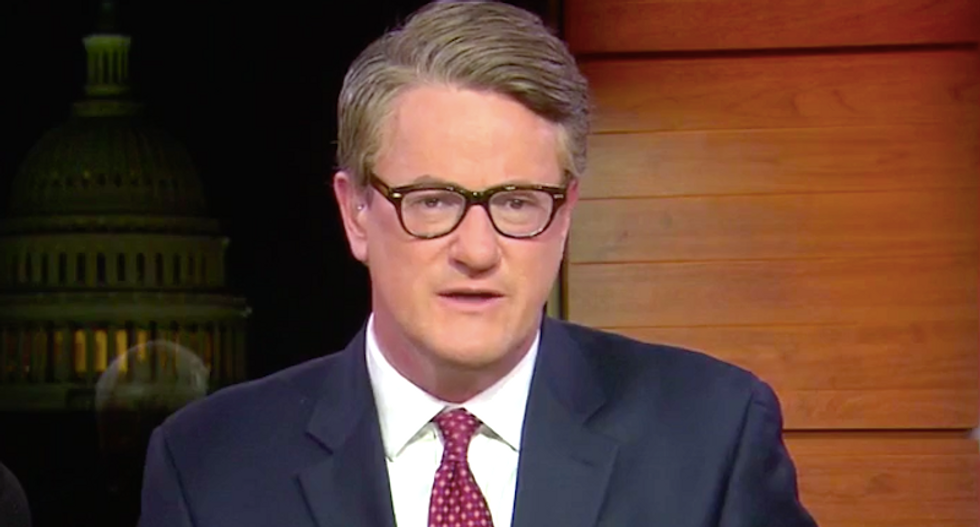 MSNBC's Joe Scarborough called out Florida Gov. Rick Scott for kowtowing to the president after a deadly school shooting in his state.

The "Morning Joe" host said the Republican governor helped President Donald Trump attack Christopher Wray, the FBI director he nominated, because he has maintained independence from the White House amid the Russia investigation.

a guy who spoke truth to power," Scarborough said.

Scott called on Wray to resign over reports that the alleged gunman was identified as a threat to the FBI, but the tip was apparently never investigated.

"It's also just not smart for Rick Scott to do that because when he did it, I knew this story would be coming up," Scarborough said. "The FBI wasn't the only agency that allowed (Nikolas) Cruz to slip through the cracks. According to the New York Times, Rick Scott's own florida social services agency made a visit to Cruz's home after being alerted of disturbing social media posts."

Social workers questioned Cruz but determined he was at low risk of harming himself or others.

"So if Rick Scott is going to apply that cynical standard to all public officials, then I guess Rick Scott needs to resign at once," Scarborough said.