'It must be so dirty': MSNBC’s Mika says Russian blackmail seems to be driving Trump ‘nuts’ 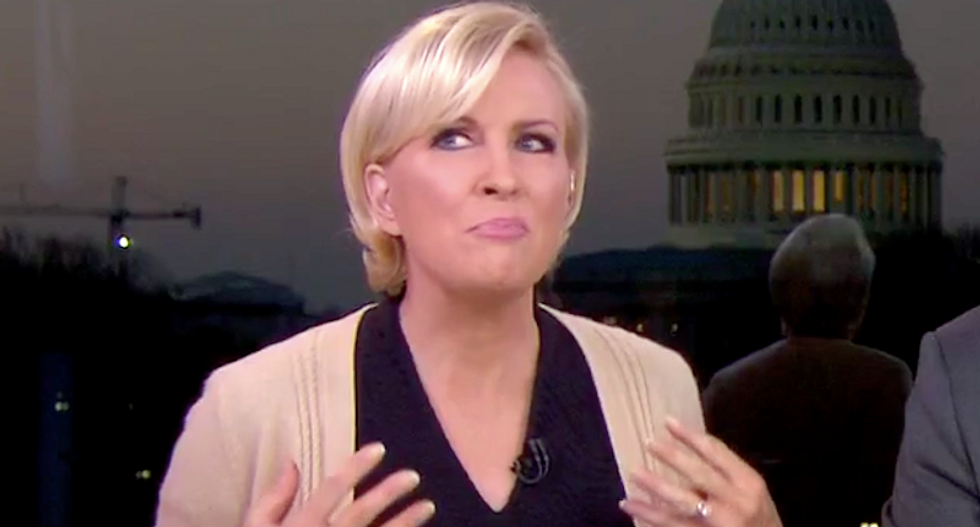 MSNBC's Mika Brzezinski marveled at President Donald Trump's subserviant behavior toward Russia -- even as his presidency is consumed with investigations into possible illegal collaboration with the Kremlin to win the election.

The "Morning Joe" co-host pointed out that Trump refused to enact sanctions against Russia imposed by broad congressional majorities, and she said the only explanation was the blackmail alleged in the Steele dossier.

"What I find incredible is the question though, what does Russia have on Donald Trump?" Brzezinski said. "It must be fantastic, it must be so dirty. It must just be unbelievable, just wrenching to him, to think that they are holding this information about him that they have on him and they just at any point could drop it if he says the wrong thing. It must drive him nuts. What do they have on him? He's being driven crazy."

Joe Scarborough giggled uncomfortably, and asked if he somehow had been transported to the set of "Saturday Night Live," but he hinted he'd made the same points the night before while talking to his co-host and fiancée.

"Listen, what I said last night when we were talking in private, alone, was that I just said -- I just listened to all these clips and I said, 'My god, we are going to find out in five, maybe 10 years exactly what Vladimir Putin has on Donald Trump, and when we do, it will be like the end of a movie,'" Scarborough said. "It'll be like the end of the 'Sixth Sense.'"

Brzezinski said that looming revelation was soaked Trump in terror.

"That's the other thing he knows -- we're going to find out," she said. "It's all going to come out like a waterfall."