‘No good options’: Morning Joe says Manafort and Flynn may be facing life in prison or Russian assassins 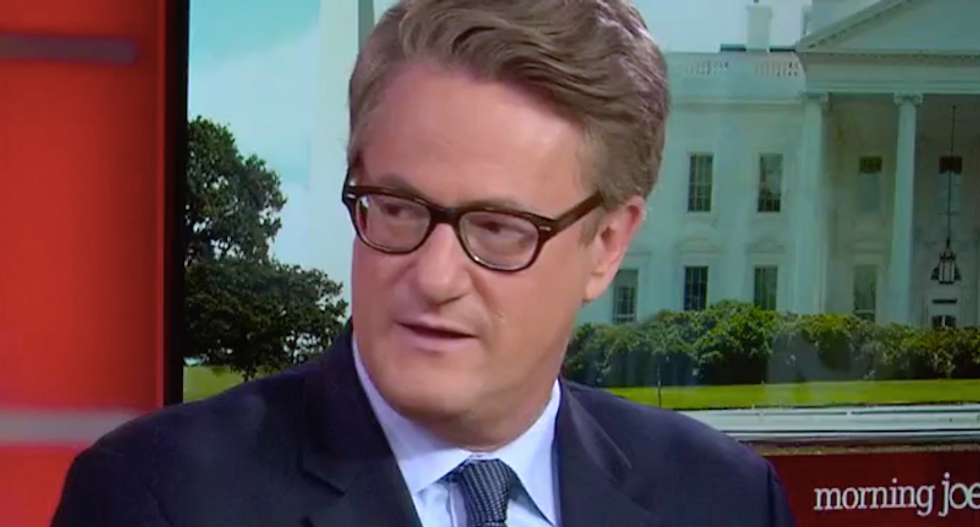 MSNBC's Joe Scarborough explained how Paul Manafort finds himself facing no good options after another round of indictments were handed up against him in the special counsel probe.

Manafort and his longtime lieutenant Rick Gates were served Thursday with 32-count indictments on tax and bank fraud charges, in addition to previous indictments on money laundering and conspiracy charges.

That leaves the former Trump campaign chairman and his associate make a risky gamble on a presidential pardon, take their chances in court or face the music with the Russian oligarch they're accused of defrauding.

The "Morning Joe" host said Manafort and other top Trump campaign officials implicated in the probe -- such as Mike Flynn, who has already pleaded guilty to lying to investigators and agreed to cooperate with Mueller -- find themselves in an astonishingly bad situation.

"There's a reason why the former national security advisor (Flynn) is saying, 'I don't want anybody's help, I am Mueller's guy,' because he could face kidnapping charges out of Pennsylvania that would send him to jail for life," Scarborough said. "There are no good options for these people."

Even if Manafort manages to somehow escape prosecution, he may have made deadly enemies of his former clients in Russia and Ukraine.

"The only thing I can think is, Manafort doesn't want to be killed by a Russian or people with connections to Russia," Scarborough said. "He stole like $20 million from a Russian. Children, do not try that at home."