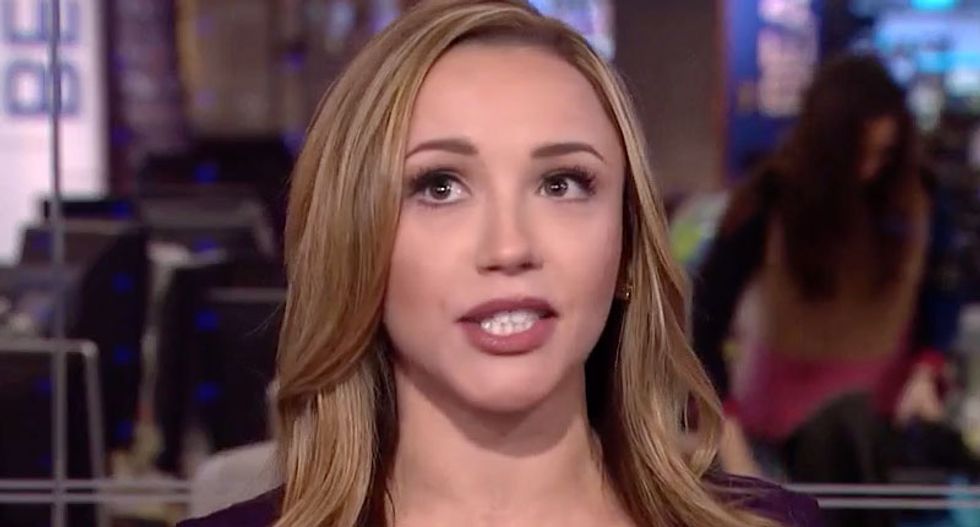 Stephanie Hamill, advisor for the National Diversity Coalition for Trump, on "The Beat with Ari Melber"

An advisor for the National Diversity Coalition for Trump and commentator for The One America News Network suggested that criticizing Donald Trump's plan for a military parade was akin to comparing him to Adolph Hitler.

"You have to look at why he's doing this, this has nothing to do with President Trump himself," Trump supporter Stephanie Hamill claimed. "He's doing this to showcase the military men and women of this country and the hard work that they do."

"It's not unreasonable to want to have a parade," Hamill added.

"These are warplanes, they drop bombs, but you have to respect the military because these are the men and women who are keeping us safe every single day, and I made phone calls to some friends who are retired and active military men and women and they told me they loved it and it's about time," Hamill claimed.

In January, MSNBC anchor Joy Reid pulled the plug on Hamill after she suggested that the Clinton Foundation had committed murder.

“I don’t know you, Stephanie, but let me explain this to you: this is not Fox News and we are not going to play the game of rolling out crazy conspiracy theories in answers to my questions and take us off track,” Reid lectured. “So I am going to put you pause for the minute, I’m going to put you to the side because they are more familiar with the way that we do things here.”

"I don't if we had Republican Party has looked at the books, but we're broke right now and everybody knows it," Professor Christina Greer of NYU noted. "We are still in two wars, there are individuals in these wars that weren't even born when they started."

"So to have a parade in front of Trump Tower -- which we know it would be -- is a fundamental waste of taxpayer," Prof. Greer concluded.

"I love the idea of a parade," Hamill admitted.

"It's interesting to see how people perceive this and take it in the headlines today. So if you have Trump Derangement Syndrome, then you compare Trump to Hitler or to Russia or any other evil, brutal dictators, it is absolutely absurd to compare him," Hamill continued.

Professor Greer then explained reality to the conservative commentator.

"That's why people are freaking out, we don't actually need a display of our might, because we're genuinely afraid that this man might use it for no at all," Prof. Greer explained.