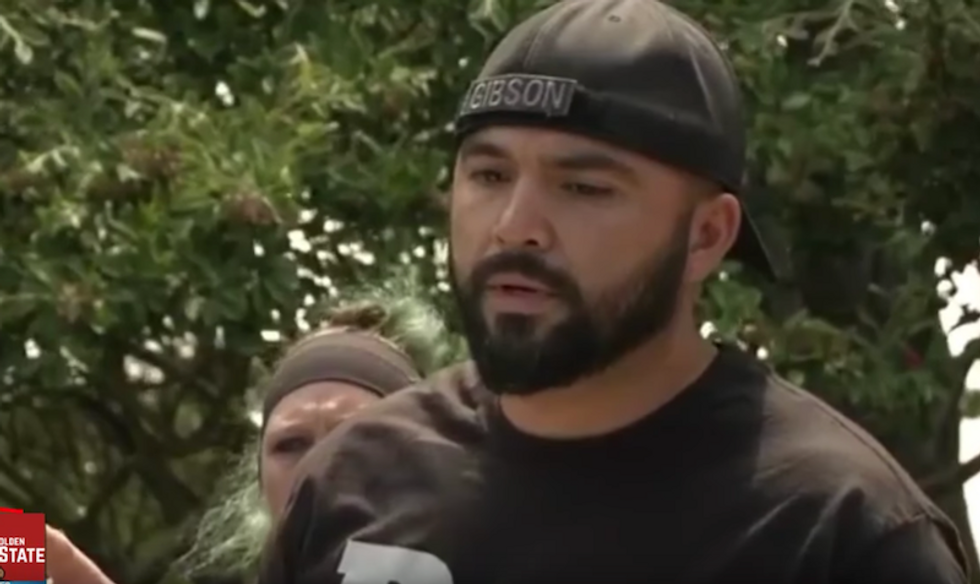 Joey Gibson, an activist from southwest Washington who is notorious for hosting "free speech" rallies that often grow violent, will run for U.S. senate in Washington State.

The run was first reported by Portland's daily newspaper, which spoke with Gibson at his announcement rally in Vancouver, Washington.

"The system is broken and rigged," he said. "We're letting the establishment run our country."

Gibson will run against Democrat Maria Cantwell, who has been in office since 2001 and who won her most recent re-election bid with 60 percent of the vote.

Gibson founded Patriot Prayer, an extremist Conservative group which holds rallies aimed at "triggering" liberals in cities like Portland, Berkeley and San Francisco. Gibson is not a white nationalist but his rallies often attract white nationalists.

Gibson provokes angry responses from counter-protestors and then often hides behind riot police as they rage at him.

Gibson is currently the only Republican running for the office, which may mean he's on the November ballot.