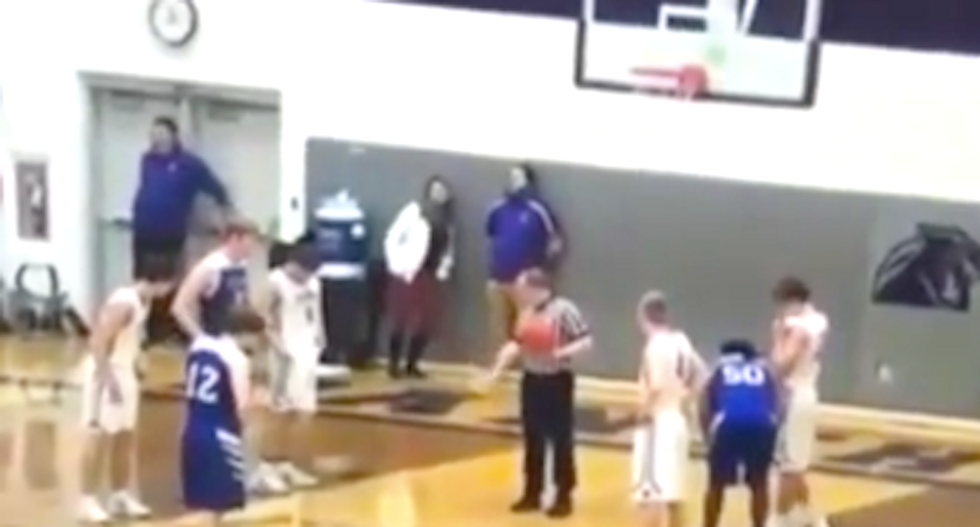 Students at an all-boys Catholic school in Cincinnati chanted hateful slurs at players on an opposing team last week during a basketball game.

Elder High School students chanted the name of a Chinese restaurant chain at an Asian-American player, along with homophobic slurs, and singled out a black player for racist abuse, reported WLWT-TV.

The chants reached a peak in the third quarter, when Friday's game between Elder and St. Xavier High School was finally called off.

"I was sickened, just sickened," said Susan Stockman, whose son was targeted for abuse. "They were relentless. It went as far as, 'Asian, open your eyes. Go play chess, PF Chang's.'"

"Very quickly, the cheers turned to what I phrased as microaggressions and racial slurs," said Mina Jefferson, whose son was targeted with racist abuse.

"It's surreal," Jefferson said. "I mean, you hear it and you assume someone's going to act swiftly, seize the moment and let that be the lesson -- and that didn't occur. So then you're dealing with just an absence, a failure of leadership."

Elder's principal apologized Tuesday, and he urged students to reflect on their actions.

"Look around you -- you have students, your classmates who are of different race, of different ethnicity, sitting right next to you. Is that how you would treat them?" said principal Kurt Ruffing.

Stockman said she's witnessed similar behavior in the past from Elder students, who are the chief rivals to St. Xavier, another all-boys Catholic school on Cincinnati's west side.