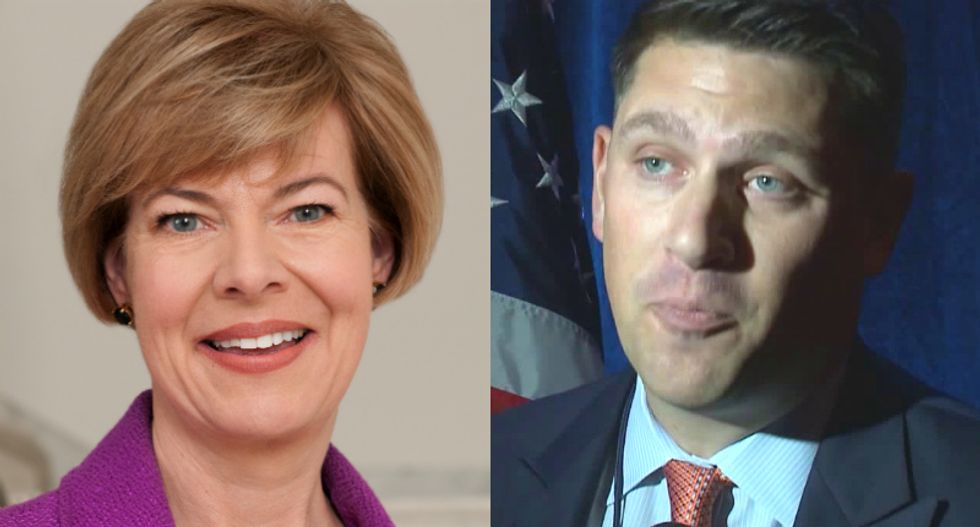 Wisconsin GOP Senate hopeful Kevin Nicholson can't count his parents on his team — they donated $2,700, the maximum amount legally allowed per electoral season, to his opponent.

CNN reported Monday that Nicholson's parents, whose politics are decidedly non-Republican, donated to Sen. Tammy Baldwin (D-WI) months after he announced his campaign to unseat her.

Nicholson himself held similar political beliefs to his parents, Donna and Michael. The former Marine even addressed the 2000 Democratic National Convention before changing his tune after being deployed to Iraq in 2007, when the party's hardline stance against the war made him "livid."

"My parents have a different worldview than I do, and it is not surprising that they would support a candidate like Tammy Baldwin who shares their perspective," Nicholson told CNN in a statement.

Though they reached the maximum for the primary season, the Nicholsons will be allowed to donate up to $2,700 more to Baldwin leading up to November's general election.