Parkland student rails against NRA’s Dana Loesch at town hall: ‘How does she look in the mirror?’ 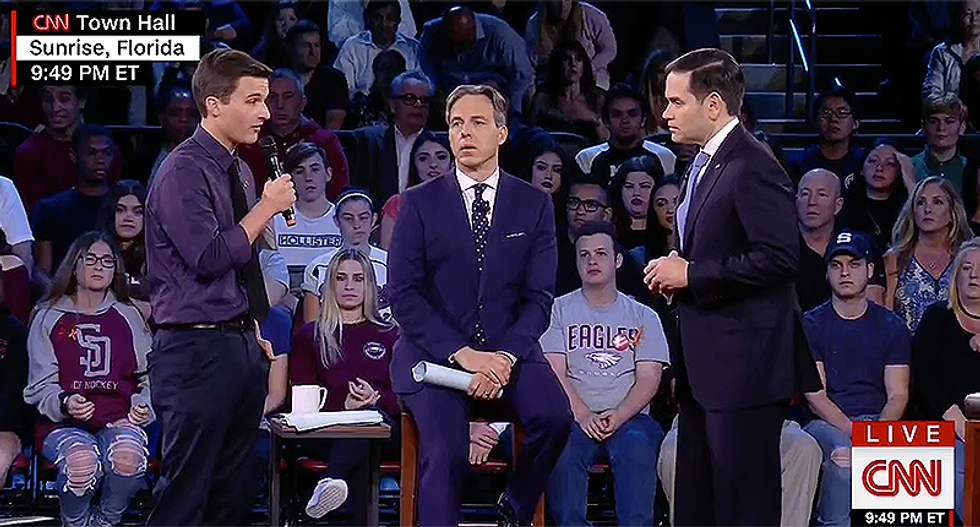 He was there to ask a question of Sen. Marco Rubio (R-FL) and hold his feet to the fire on guns. However, at one point Kasky said that he wished the "NRA lady" was still there so he could ask her a question.

"I would ask her how she could look in the mirror considering the fact that she has children," he said. "Maybe she avoids those."

He went on to demand that Rubio pledge not to take a single dime from the NRA for his reelection campaign. Rubio tried to give him a song and dance about the influence of the NRA and those who agree with it being a large constituency. Kasky asked if he could come up with the same amount of money the NRA gives if Rubio would refuse the NRA money. Rubio never gave an answer.