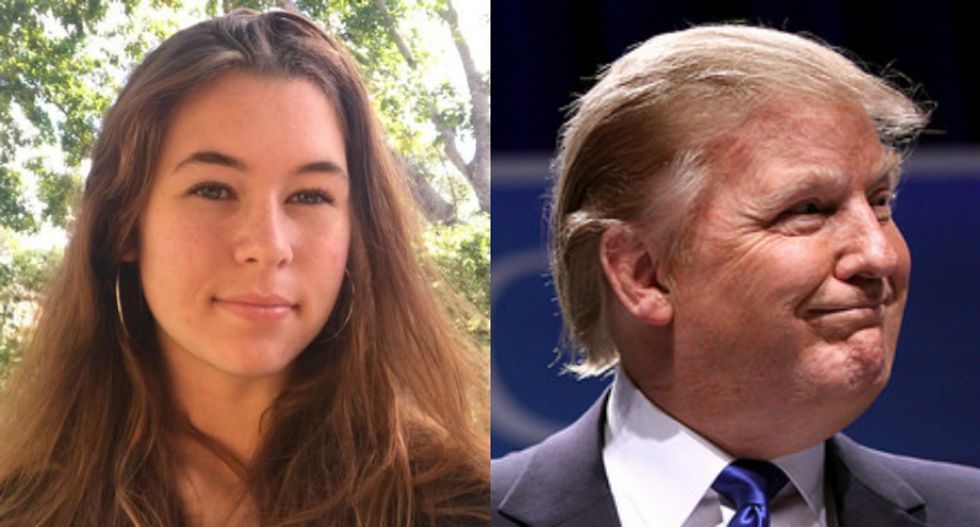 After her strongly-worded statement rebuking President Donald Trump's "prayers and condolences" went viral, a survivor of the Parkland, Florida school shooting said Friday she wants to tell the president her thoughts to his face.

"Dear Donald Trump," Marjory Stoneman Douglas High School student Sarah Chad tweeted. "I’m the 16 year old girl who tweeted you and told you i didn’t want your condolences, I wanted gun control, and went viral because of it. I heard you’re coming to my community soon and I would like to express my opinions on gun control to you face to face."

In the aftermath of the Valentine's Day massacre, Chad called Trump a "f*cking [piece] of sh*t" in a tweet that soon went viral.

"Multiple of my classmates are dead," she wrote in a since-deleted tweet. "Do something instead of sending prayers."

The 16-year-old also went viral Wednesday night after calling right-wing conspiracy theorist Mark Dice a "heartless d*ck" for incorrectly claiming the "Generation Z" students at MSD for posted photos and videos from inside the school instead of calling the police.

"17 people are dead,” she wrote. “17 of my classmates. This is how you f*cking respond? How much of a heartless d*ck do you have to be to tweet something like this.”

Chad also noted that "as we were running for our lives we were calling 911 to the point that they told us not to anymore."