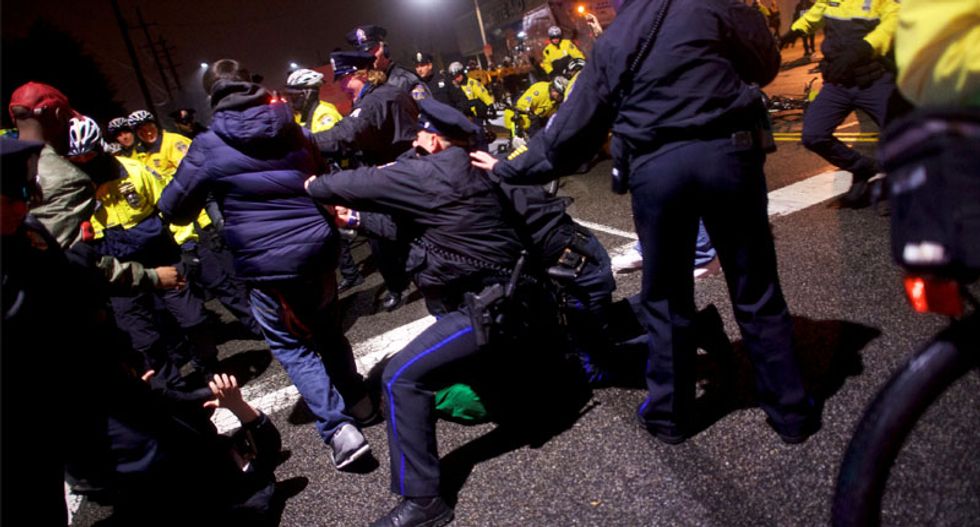 Everyone was bracing for pandemonium in Philadelphia on Sunday night after the Eagles won their first ever Super Bowl. The fans are notoriously passionate, after all, and some preventative measures were taken to limit the chaos (police officers even covered lamp posts with Crisco to fan-proof the Philly faithful). But just because the riots, which resulted in three arrests, several injuries, and episodes of vandalism and looting, were expected, nothing excuses the clear racial bias in the response of city officials.

As Newsweek explains, “Revellers reportedly ripped down light posts, caused entire structures to collapse and damaged vehicles and store buildings as they celebrated the Eagles' 41-33 victory. But officials appeared slow to condemn the destruction caused by rioters, offering seemingly gentle requests for everyone to ‘go home.’”

This response contrasts sharply with the way cities like Baltimore handled recent protests like the ones following the death of Freddie Gray in 2015. Riots following major sports events like those in Philadelphia are generally reported with humor and exasperation, while those triggered by police shootings are used as an excuse to pathologize the Black Lives Matter specifically and the black community generally.

Philadelphia-based journalist Ernest Owens pinpointed the hypocrisy of the mainstream media on Twitter:

Racial justice activists tend to agree with his analysis. Black Lives Matter New York President Hawk Newsome told Newsweek: "Somehow, it seems there's a line drawn in the sand where destruction of property because of a sports victory is okay and acceptable in America. However, if you have people who are fighting for their most basic human right, the right to live, they will be condemned."

"You can riot if you're white and your team wins, but if you're black and being killed, you can't speak out," Newsome said.