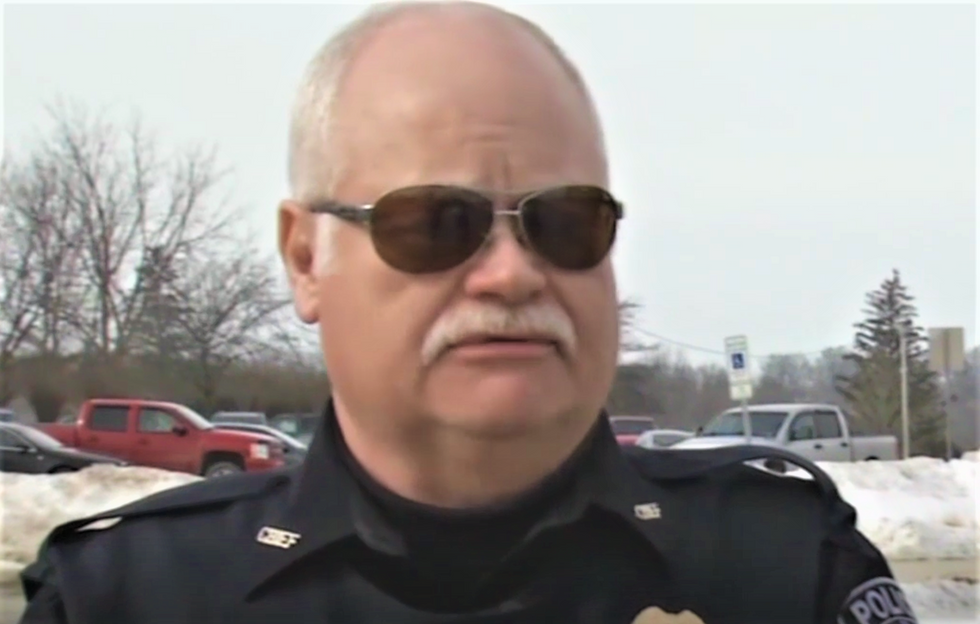 A police chief in Iowa still hasn't been fired from his position despite the fact that he was caught sending racist and sexist emails -- and even though he literally shot himself in the foot.

Local news station KCRG reports that Amanosa police chief Bob Simonson is still on his job despite facing a lawsuit from a former female officer that resulted in the city forking over a $750,000 settlement.

Former Anamosa police officer Amy Ford this week shared some emails sent by Simonson with KCRG in which he made multiple crude and racist comments that included "a joke making fun of Asian accents and likens a sexual position to a Chinese food menu." According to Ford, the emails were sent to officers in the department as well as to at least one member of Amanosa's city council.

"The city council and city have chosen not to do anything regarding it," Ford told the station. "I don’t know how he still has a job."

In addition to sending lewd emails, Simonson last year also made headlines when he accidentally shot himself in the foot while responding to another person threatening someone with a gun.

"Simonson had his AR-15 rifle slung over his shoulder to his left side and the barrel was pointing toward the ground," reported local newspaper The Gazette last year. "The weapon discharged and struck Simonson in the foot."

Watch KCRG's video on the lawsuit below.