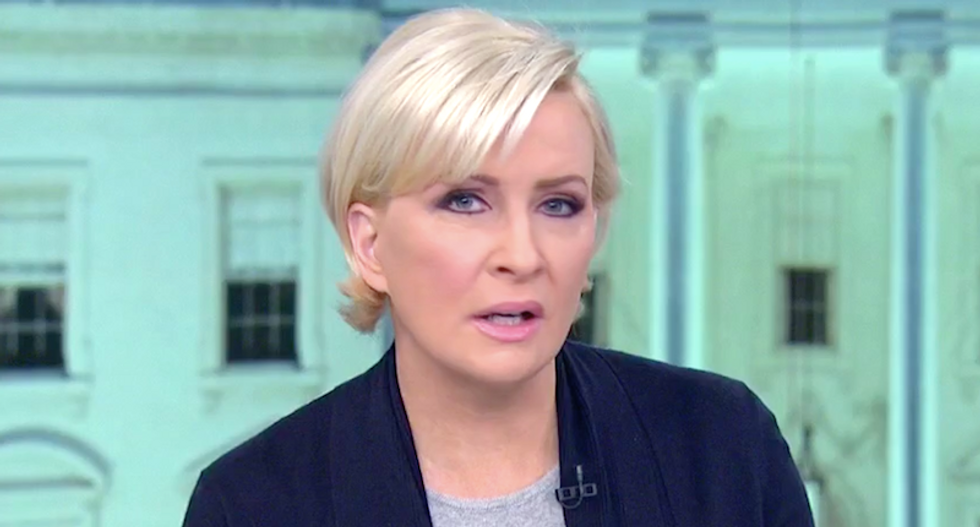 The president had defended his ousted staff secretary Rob Porter after domestic abuse allegations were reported against him, and Trump suggested the aide's two ex-wives and an ex-girlfriend were not telling the truth.

A reporter asked him Wednesday why he had not spoken out against domestic violence, and Trump finally commented.

"It's good he said it, it's just the way he said it was really, I don't know, putrid," she said. "What at this point will surprise us?"

MSNBC's John Heilemann said the statement was "grudging and perfunctory."

"What's going on in there?" Brzezinski said, tapping her head. "What's the word that I want to use? He's got development issues in terms of how to communicate with people."

Heilemann said the remarks reminded him of Trump's belated denunciation of former Ku Klux Klan leader David Duke, who endorsed his presidential campaign and continues to support his presidency.

"He said, 'You want me to denounce, fine I'll denounce,'" Heilemann said. "The main thing is, he hasn't done what people actually want -- to talk about the victims. He's still not uttered any word of sympathy for the victims or alleged victims, which is partly what I think people out there would like to hear from the president, that he knows there are women out there with black eyes who don't deserve to be beaten by their husbands."

Brzezinski admitted the president's response to the allegations left her "seething with anger.

"As a woman, that was really hard to hear and it was as disgusting as it gets," she said.