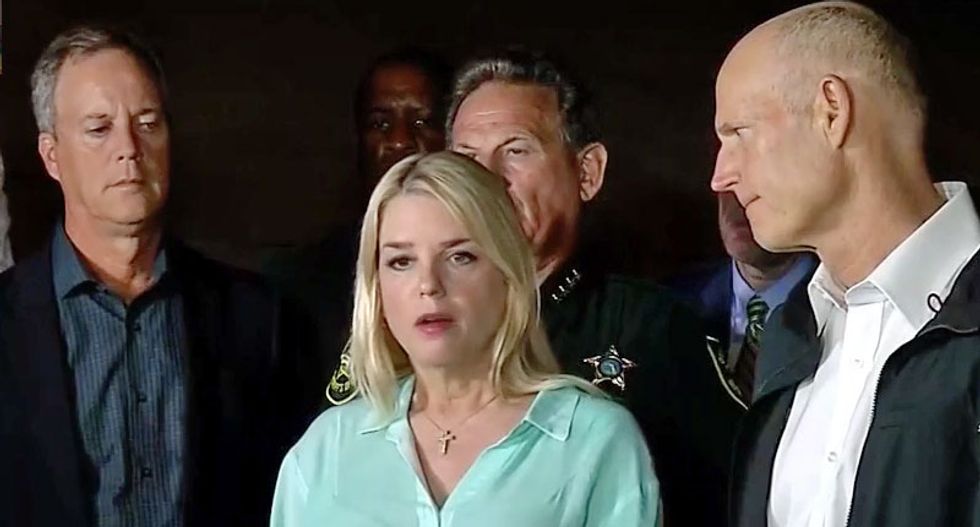 At a Wednesday evening press conference on the shooting massacre at Marjory Stoneman Douglas High School, Florida Attorney General Pam Bondi announced that the state would cover funeral expenses for the victims.

"It's a terrible tragedy, and sadly we've been here before," Bondi noted.

"I have five advocates headed in right now, I will have at least ten more tomorrow, driving in from all over the state," she promised.

"We will pay for the funeral expenses of these poor victims and do everything we can to help their families," Bondi continued.

Florida Attorney General @PamBondi -- who's on your tv screen now -- led the effort in Florida to allow teens to ha… https://t.co/kaHIiPuxRK
— igorvolsky (@igorvolsky)1518660926.0