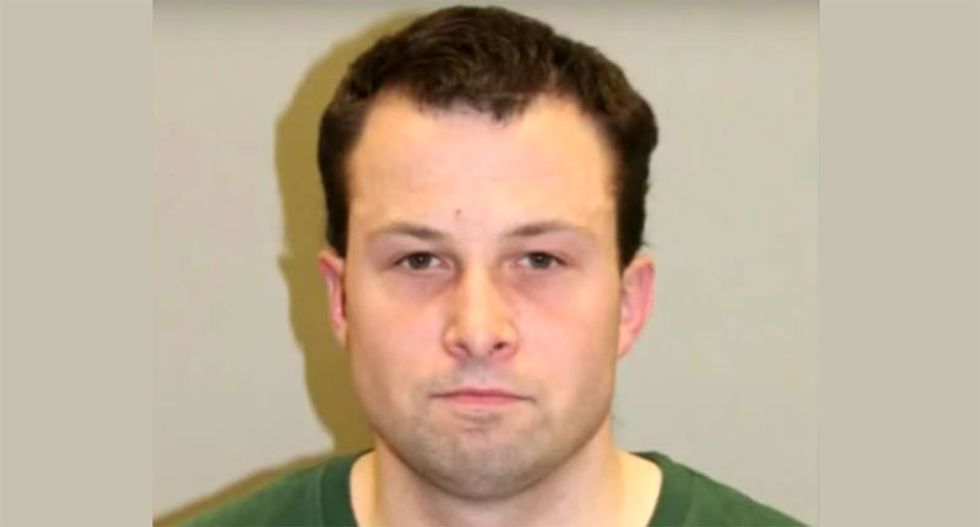 In addition to the counts of extortion against the male page, Kettle was also charged with a count of video voyeurism after his then-girlfriend discovered that he had allegedly sent a pornographic image of her without her consent.

Senate President Dominick J. Ruggerio (D) said he was "absolutely horrified and disgusted by these allegations."

“Upon reviewing today’s indictment and seeing the severity of the charges, I again call upon Mr. Kettle to resign from the Senate immediately. If he refuses to resign, the Senate will pursue his expulsion from the chamber pursuant to the Rhode Island Constitution," Ruggerio pledged.

A two-thirds vote is required to expel a member in Rhode Island.

Kettle’s attorney, Paul DiMaio, smeared the alleged victim of the sex crime, for not revealing the misconduct during a subsequent political campaign.

“The first thing that strikes me is who the victim is. I don’t know the young man but I know he ran against my client,” DiMaio said. “I would think that if the person he ran against had some ‘dirt’ on the guy he’s running against, he would have raised it at some point and time... It certainly affects someone’s credibility ...”

"It is alleged that on two occasions on or about dates between January 1, 2011 and July 31, 2011 in Providence County, Nicholas Kettle did by verbal communication, maliciously threaten injury to the person or reputation of a male with the intent to compel that male do an act against his will, to wit, engage in sexual penetration," the office of Rhode Island Attorney General charged.

Superior Court Magistrate Patricia Harwood set bail at $50,000 personal recognizance. The defendant was ordered to have no contact with the victim.