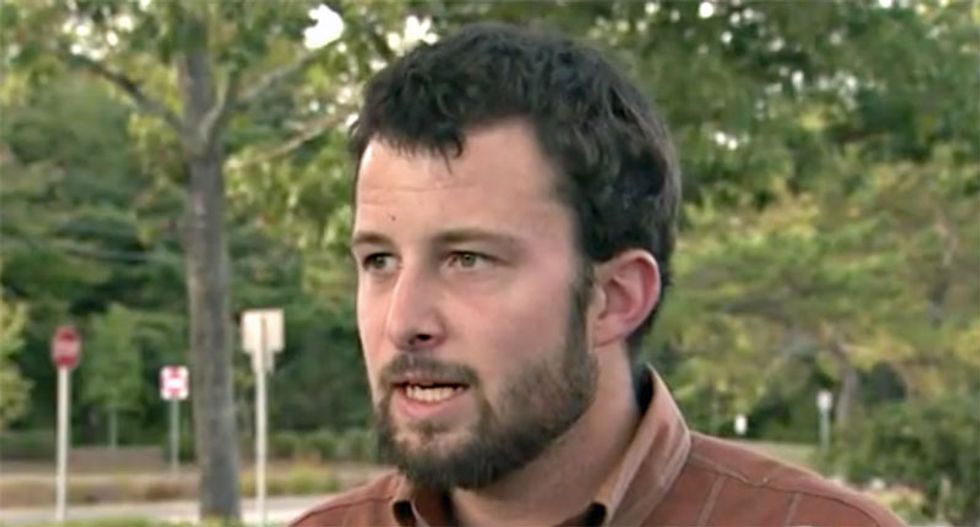 The investigation started after Sen. Kettle left his iPad at his then-girlfriend's house. She went through the photos, found unauthorized pictures of her, and filed a complaint with police.

Kettle is being taken to state police headquarters and will then spend at least the weekend at the Adult Correctional Institution in Cranston, with an expected arraignment on Monday.

“It is deeply troubling that a member of the Senate has been indicted on charges of video voyeurism and extortion,” Senate President Dominick Ruggerio (D-Providence) said in a statement. “Based on what we know at this time, I believe that Mr. Kettle should resign immediately.”

The Republican leader of the state Senate agreed.

“Based upon what I’m reading and seeing and hearing, Sen. Kettle should resign immediately,” Sen. Dennis Algiere (R-Westerly) said.

Kettle, 27, serves as the Republican Whip in the state Senate.

Previously, Sen. Kettle admitted to creating a fake social media profile to attack political enemies and in December paid a $2,000 fine for a campaign finance violation and forfeited $4,000 from his campaign account.

Kettle is a member of the Senate Ethics and Oversight Committee.