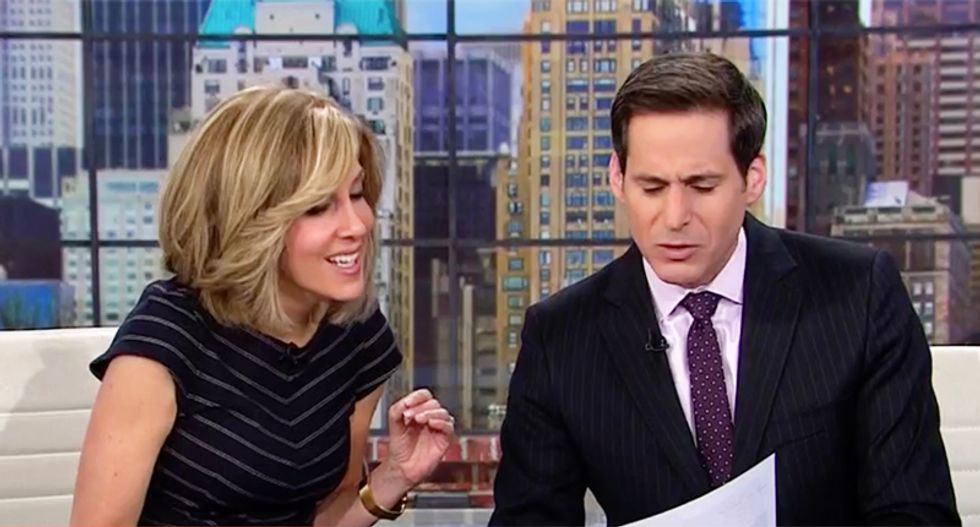 A positively joyful Alisyn Camerota and her co-host John Harwood disassembled former White House staffer Omarosa Manigault's debut on yet another reality show on Friday morning, with participants on the CNN panel calling the spectacle of the former Apprentice star turning on President Donald Trump "ridiculous."

Sharing the viral clip of ousted White House staffer -- and longtime Trump associate -- whispering for the cameras that she was 'haunted by Trump's tweets," the CNN duo had to go back and re-read their lead-in to the story while they both smirked.

"She was whispering," an incredulous Camerota said, as New Day co-host Harwood said, "Can I read that sentence again? I find that to be stunning."

"That was former White House aide and reality TV star Omarosa whispering about her time in the White House on Celebrity Big Brother," Harwood read.

"This is happening, we're doing this, " the excited Camerota interjected. "And the reason we're doing this is because Omarosa resigned amid the tense relationship between she and Chief of staff John Kelly. "

"Part of why this is fascinating and strains credulity is because Omarosa is a truth teller," Camerota sarcastically continued. "She is out of the White House and she's talking about what it was like in there. She said she lived in fear. She was haunted by the tweets that would come out every day."

"I think we can stick to real life in the White House," panelist David Gregory replied. "And they have so much more to scrutinize without drifting into fantasy island land. I think this is so ridiculous that this is part of, you know, the landscape of the White House and now you have someone who is a reality show star now without a reality show speaking about the White House. Maybe it's puffed up, I have no idea, but it is so ridiculous it is hard to take seriously. We don't know where the reality star stuff begins and ends."

"Hang on, let me see your ridiculous, David Gregory, and raise you one absurd which is that the White House briefing yesterday the most rehearsed line, the most prepared line in the entire briefing was the answer to the Omarosa question," host Harwood said before sharing a clip of White House principal deputy press secretary Raj Shah attacking Manigault.

"You know, the White House is now a cast member of celebrity big brother," Harwood quipped.